Such a Strange Summer: Confused Cicadas, Covid, and Adventure Baking

I'd hazard a guess that everyone is having a bit of a strange summer this year. Obviously, COVID-19 has changed the world, and a whole lot of us are still sheltering in place (we only venture out for food, the occasional bit of hardware necessary to keep a household running and for walks).
In my part of the country, though (the suburbs of Chicago), a fair amount of 2024 17-year cicadas have shown up four years early. While there are always a few annual cicadas in August, these are the other guys, the ones who aren't supposed to be ready yet, but are. The images below were taken a couple of weeks ago, when we discovered a lot of holes in our yard where they emerged from the ground. Since then, there have been a fair amount more of them, enough that sometimes you have to dodge as they fly about. Also, there are enough of them that a few seagulls have shown up in search of a meal.
In addition, since I'm staying in, there's time to experiment with new activities, and since it's summer and hot, I've been experimenting with using my slow cooker as an oven. I've managed to make bread in it twice (no need to do a rise. Just cook it on high for 2 hours or until an instant thermometer reaches 190-200 degrees). I've also made quick bread, which takes a bit longer (two to three hours), since it's so much denser. It's a work in progress, but so far so good. (By the way, if you make bread in an oval 6 quart slow cooker, you need a slightly smaller pan so that it sits deep enough in the cooker to allow for the rise. A 4x8 pan such as this one from Williams Sonoma should do it, but measure first). 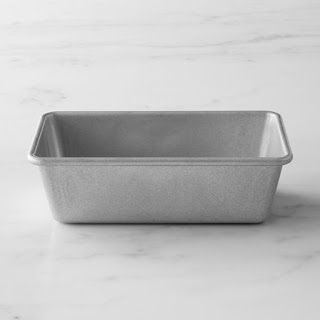 For quick bread, a standard 9x5 pan worked for me, because the bread doesn't rise that much and you can balance it on the inside edge of the slow cooker, even if it doesn't fit all the way down inside.
Well, so much for my own meager activities. Obviously, there's also lots of reading going on, because there's always lots of reading in my life.
I hope you're all having a wonderful summer and finding time to read, bake, watch your favorite shows, get outside, or whatever it is that makes your summer special.
Best Wishes,

Read? Definitely. More than usual. Have finished reading books by my favorite authors and am now working on non-fiction before getting back to books bought in the 1900s.
Bake? No more often than before, but being more adventurous too, especially with main courses, though. Most have been rated 9.5 or 10 out of 10 so have kept, but there was that one that I rated a 3, so it's outta here!
Favorite shows? I watched my all-time favorite movie last weekend: The Lake House with Keanu Reeves and Sandra Bullock. Bliss. Other than that, I am caught up on my TV recordings for the first time in 5 years (although this started a few weeks BEFORE the pandemic).
Outside? Yes, I still have managed to walk nightly, although I am switching to every other night now that my sciatica has flared up from my back down to my knee; hopefully the break will help.
I worked from home in March and April. May was mostly income taxes. May and June I have worked on badminton scrapbooks (from inception in 1958 to current date). VERY time consuming - just GETTING the photos ready for insertion in albums. Hope to finish by July. (I started a year ago May!)
Still wearing a mask when grocery shopping - and am astounded to see the staff and I are usually the only ones doing so. Haven't been out other than for groceries and walks - and to my daughter's where we socially distanced (but are fine now to even hug).
Summer special? I am SO glad our 130th birthday party (my 60th and my husband's 70th) was LAST summer. I feel saddened for all the people whose plans have taken a dive because of this (especially for weddings and funerals).
Today I'm getting my hair cut! I used a hair thinner on it a week or so ago, and it helped tremendously (as I get a headache when my hair gets too heavy). I am due to cut my bangs again, so this works out well. I'm going to be in my hairdresser's backyard, both wearing masks, etc. Whatever it takes....
Better go. Good luck, Myrna!

I love The Lake House! I've always been a fan of Sandra Bullock movies, but that's one of my favorites.

So sorry to hear about the sciatica. It's been awhile, but I know how painful that can be. I still keep my late father-in-law's cane around, just in case I need it.

Yes, I always wear a mask in stores, and around here, it's pretty much required and everyone complies. But I had to make a day trip last week, and was passing through a resort town in Wisconsin where the sidewalks were wall-to-wall people with pretty much no one wearing a mask. Nor were people in the hardware store in that same town. Yikes!

I envy you getting to see your daughter. My sons are both across the country, and none of us are going to be getting on an airplane any time soon. I'm just glad that they were both home at Christmas.

I've been cutting my own bangs, and that's working out. Other than that, my hair is just...growing. If this situation lasts a long time, I may end up with long hair like I had back in the sixties, except gray. I might have to start braiding it and pinning it up.

But all in all, I'm doing well. We're more or less homebodies, anyway, so limiting ourselves to walks and the occasional trip to the store is fine.

Take care. Enjoy your reading, watching your shows, scrapbooking and visiting with your daughter! Have a fantastic rest of your June!