It's been awhile since I've been here, but I couldn't resist posting a few of the season's earliest Christmas ads, because while I'll admit that I do get a bit tired of all the holiday stuff before the big day gets here, I'm just as excited as the kids are when the season first comes into view. 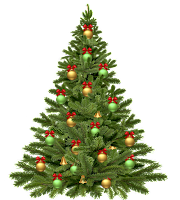 So here goes. First up is an annual holiday favorite, the John Lewis ad:

And that's just the beginning. I hope you're having a great lead-up to the holiday season!

Had the Seymour Christmas last Sunday, so I got DH to pull out all the Christmas decorations so I could get my Christmas trays out (as I was responsible for baking for 30 family members - I provided Smarties cookies, date squares, pumpkin tarts, raisin butter tarts, and banana nut cake - my brownies' icing was too wet, so I kept them home for us to devour later but instead took the squares to badminton Thurs night for all the players to enjoy, as they were yummy despite still looking so wet - and my apple pie crust broke all over the place, so I brought it home instead and just ate it tonight - calling it apple crumble cake - with friends of the family joining us for supper). Since all my Christmas stuff was dragged out anyway, we put the tree/decorations up/out too (on Nov 10 - before Remembrance/Veterans Day!). Last year the tree went up on Dec 20....
I'm now working on my Christmas poem (newsletter). I usually put it inside actual Christmas cards and mail them, but I've been so late the last couple of years that I just emailed them instead. Still on the fence on that one for this year....
Have been playing Christmas carols a lot lately. So enjoyable....
Nice hearing from you,
TTYL!

I have to tell you how much I admire your organization and baking skills (I am such a lazy baker. Making more than one baked item in a week--sometimes a month--is a major accomplishment for me).

And yes, we need to get the Christmas decorations up and out at our house. We've been waiting for a semi-decent weather day, but it's been so cold and sometimes snowy here that we haven't even finished raking all the leaves. In fact, all the leaves haven't even fallen yet. It's been a really weird autumn.

On the bright side, my son got married just over a month ago, and it was a beautiful wedding. And interesting. My daughter-in-law made all the floral arrangements herself. In order to save a bundle of money, she ordered the flowers from a distributor, she and my son went to downtown Chicago and picked them up (they were the only ones not florists there), and then she worked in our basement for three days creating these lovely bouquets and arrangements. A couple of friends stopped by to help, but it was mostly her. She has an art background, but she'd never done this before. She told me that she watched a lot of YouTube videos to learn how to do it. I am humbled. That's something I would never attempt.

Oh, and I love your renaming your bakery mishaps to turn them into something tasty and amazing (apple crumble sounds fantastic)!

It's been so nice hearing from you again. I've been meaning to get over here more frequently, but lately I have more trouble coming up with interesting things to post about.

Is this soon enough? LOL.

Your weather sounds like ours. We too still have leaves. Despite having had tons of snow, I wouldn't be surprised to see my husband outside with the lawn mower this week (since the snow is now gone), as that's how he takes care of our leaves (great mulch and much easier on his/our backs than bagging).

Congrats on the recent wedding and all the artistic floral arrangements! They both sound wonderful, and I'm sure you had a great time. I wouldn't have tried that at her age, but, then again, we didn't have YouTube back then. If I were marrying today ... well ... first of all, that in itself doesn't sound like an option ... secondly, we'd probably marry quietly instead ... but IF I had a bigger wedding like my first, I probably WOULD attempt that myself, although I would probably use silk flowers. I still have mine (love looking at them and holding them every so often, usually while dusting - plus they're easy to clean by tossing in a bag with salt and shaking like crazy).

We spent 5 weeks away, driving to my sister's place again out west this fall for her granddaughter's wedding. As always, we had a wonderful time. Went to the fitness centre for classes/walking the track/using machines for an hour or so most mornings, played euchre in the afternoon, and played euchre in the evening. Rough life! We managed to hit a lot of restaurants again, visited friends a few hours away, enjoyed 3 plays, visited with their kids several times, babysat my great great 4.5-yr-old niece, read lots of books (often 2 a day), and just relaxed. I can't recommend it enough, but apparently most people wouldn't be found staying with relatives for 5 days, let alone 5 weeks!

I've been enjoying our now 10-mth-old grandson. Have babysat him over a dozen times, usually while his parents played ball. One would go play, I'd come in and babysit after watching part of that game, the second would leave, and when the first one returned I'd get to go watch the second one's game. Worked out well, as they put their son down for the night before leaving, and I just read my books while listening to the baby monitor. Other times I have been at the daytime games, so I've played with him, keeping him entertained, etc., and even changing him (which his other grandma refuses to do - she is missing out on so much....). Grandson still isn't crawling like his peers (but he's also heavier ... solid like his dad). This week he learned how to sit up on his own, and he's proud as a peacock about it. Wouldn't be surprised if he goes straight to walking.

I messed up. That would be apple crumble or apple crumble pie (not cake). Duh. Our company was a couple with a man who, I swear, will eat about 4 times what I would eat (and never gain a pound; in fact, his doctor tells him to GAIN weight). Normally I let everyone put whatever they want on their plates/in their bowls, but this time I scooped the crumble into a bowl for everyone. While the guy was eating his, everyone could clearly see there was one portion left on the plate. I wasn't eating any (watching my girlish figure, ya know), and just as I was asking the guy if he'd like it, my DH piped up, "I'll eat it myself tomorrow!" I was shocked! This was STORE-BOUGHT pie! Jeesh, LOL.

Better go. Lovely to hear from YOU too!

I think you may have inspired me. The Christmas lights are up (well, most of them)! We had a warm(er) day, and my husband decided that it was time. (I was less than enthused. I'd already helped him change the oil in the cars, gone grocery shopping and walked to the library and back. Still, I'm glad it's done, and he was right about the weather. It's going to turn rainy and cold).

Also (more inspiration on your part), I made apple turnovers yesterday. I had some gala apples that had been sitting around too long (not crisp) and I just couldn't bear to let them go to waste. I'm serious about the inspiration. I don't think I would have been thinking about baking had you not put the idea in my head. I had been staring at those apples for several days and bemoaning their demise.

Grandparenting sounds awesome, and your grandson sounds like a total sweetie. I hope we eventually get to do that. We've been ready for years. Enjoy! (As I'm sure you do).