The Touching Story of an Intriguing Artist

I'm more than a little behind on my movie watching, but yesterday I saw the movie Maudie about Nova Scotia artist Maud Lewis, and I was entranced. Lewis had a difficult life, having rheumatoid arthritis at a very young age, a condition that only worsened with age and poverty. But she apparently had gumption, presenting herself to Everett Lewis when he advertised for a live-in housekeeper. It was a difficult life in more ways than one, but she was a voracious painter of simple things she saw or remembered, and her folk art eventually brought her a small degree of fame (although not much money during her life). 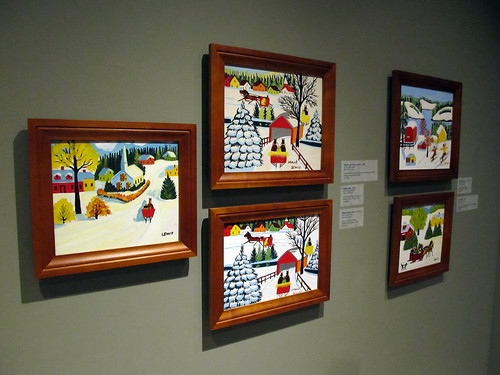 I'm sure that at least some of the movie was Hollywoodized. Still, it's a wonderful example of a woman (and an artist) overcoming adversity and shining through.

When Maud was alive, she sold her small painted cards for twenty-five cents each. Last year, one of her paintings sold for $22,000 CDN (a little less than $17,000 USD). 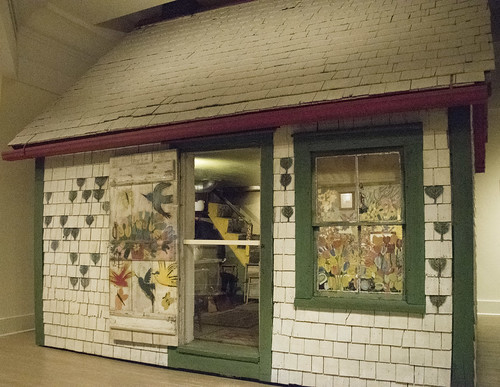 I was fascinated by the fact that she and her husband lived in a house so tiny (about 12 foot square)  that it was eventually moved inside the Art Gallery of Nova Scotia. Maud painted right on the house, the windows and even on the stove.

Here's the trailer to the movie. Sally Hawkins and Ethan Hawke and Maude and her husband are wonderful (aren't the always?), and I highly recommend the movie. I wish I could find a book on her life, but there are a number of articles about her on the internet.

Here's a link to her page at the Art Gallery of Nova Scotia and a link to a site with more of her art.

Now I'm off to look for more on Maud Lewis. What an inspiring individual!