Protecting the Garden from Deer

I remember the days when even to get a single sight of a deer was a glorious experience. Traveling to the mountains or anyplace wilder than my own urban environment offered a chance of seeing wildlife, and deer can be truly majestic (also cute, if we're talking about the little ones). I still thrill whenever I see a group of them even though I've seen hundreds of deer over the years.

On the other hand, for the past few years I've been in a tug of war with deer that want to nibble away at my garden. They have been particularly fond of my tall garden phlox (even though those frequently appear on lists of plants that deer don't like) and my turtle heads (also on those lists). They haven't actually eaten the plant, just the flowers or buds, so there's that to consider.

For awhile I put a makeshift fence around the plants, using tall green garden stakes, fishing line (I read that they don't like the feel of it when they brush against it to get to the plants) along with a couple of rows of jute where I didn't put fishing line (I wanted them to be able to see the barrier, not hurt themselves by getting tangled in it). That worked fine for awhile until they ended up doing this: 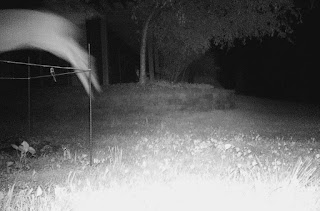 Once I ended up with a photo of one inside the fence, munching away. So, I decided to go another route and plant only things that deer aren't fond of. I don't mind sharing a little bit, but I'd like some flowers to survive, and deer like to eat all the blossoms. More research was necessary, including looking at what had been surviving in my garden all along.

Here's what I've come up with so far (your experiences may vary).

Plants the Deer Have Never Touched in My Garden 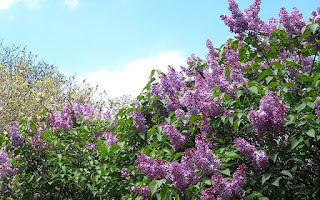 four o'clocks (which I don't plant anymore, because they tend to reseed and take over) 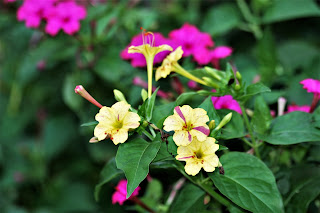 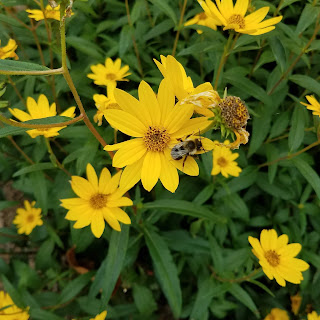 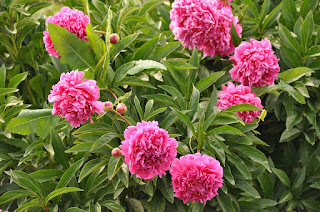 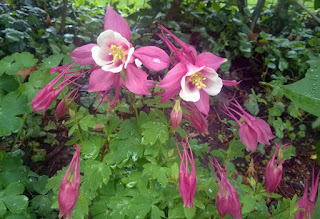 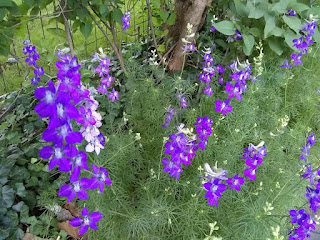 pieris forest flame (a type of japonica I've only had for a year, but in a hard winter it stayed safe) 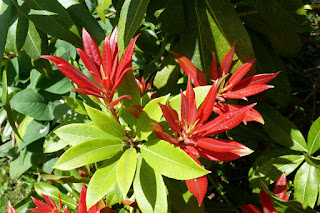 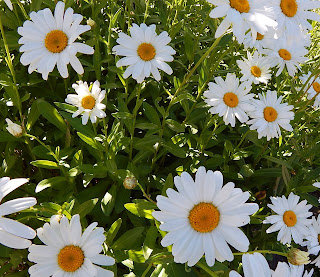 Plants I'm Trying But Don't Have Enough Data on Yet 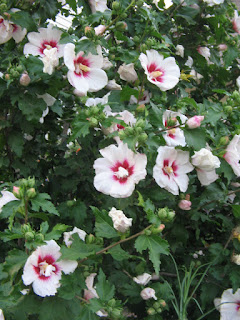 Plants the Deer Have Feasted On 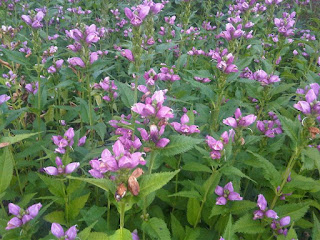 Okay.... Good luck, LOL!
(I've got nothing helpful to add. No deer on MY city property, and I wouldn't know most of those flowers if I fell over them. Sorry!)

Ha! Lucky you on the deer. Now if one showed up in the city, that would be something to see.