Gardening for Those of Us with Brown Thumbs

I have mentioned before that I'm not the world's greatest gardener/plant person. I have managed to kill house plants that are considered unkillable (a snake plant. Seriously, who kills a snake plant? They need almost zero care)! 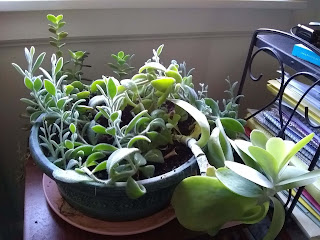 Somehow I've managed to keep this one alive for several years (but it's a succulent, so sort of easy).

At any rate, outdoors, like most people, I have to deal with the challenges of not enough sun in some places paired with creatures (rabbits, squirrels, the occasional deer) who are super happy to find an easy snack in the way of whatever I happen to have growing.

I no longer plant marigolds, because despite their less than appealing scent, something keeps eating them (in an area where I had no trouble for years). In the spring, I've mostly replaced tulips (I love tulips!) with daffodils, because often the rabbits eat the tulips before they've even had a chance to bloom.

My phlox has been eaten to the ground by deer almost every year, so I'm eliminating it. (Also, did I fail to mention that I'm kind of a lazy gardener? Once I plant something, I don't want to have to do much other than watering and some minor weeding).

So here are some plants that have worked for me. 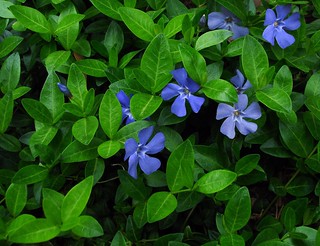 Lily of the Valley - I cut these back when my kids were small, because they're poisonous, but in the spring they smell nice. Not the prettiest ground cover, but reliable 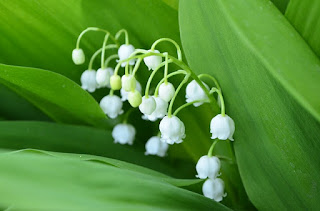 Image by Imilo from Pixabay

Lilacs - I have lilacs. Nothing touches them, and they smell heavenly. We just planted a Bloomarang variety, which is supposed to bloom twice in one season if you deadhead it. We'll see. It's still too young to tell. 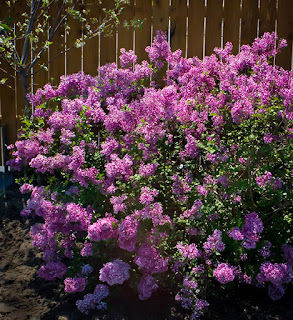 I just planted this Pieris Japonica last year, but it's already becoming a favorite. The leaves are red and green, almost poinsettia-like. And it survived a brutal winter. So far so good. 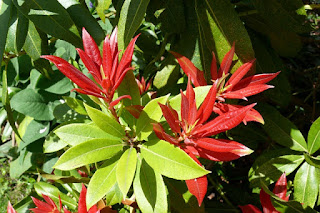 Image by Angelstar from Pixabay

I have Shasta daisies in several locations. They all came from a twenty-cent package of seeds I bought years ago. They're not the prettiest flowers or the most attractive plant once the flowers are gone (like peonies, the foliage becomes a bit unwieldy over time), but they're reliable and the critters don't go near them. 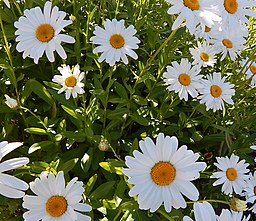 I've also had good luck with four o'clocks, but they started taking over the garden. It's easy to gather the seeds (which are big) and many of them fall and self seed, so if you have the space and don't mind them being everywhere, they're another safe choice.

These days I've turned my attention to helping save monarch butterflies, so I'm planting milkweed. It takes a number of years for the plants to reach maturity, but they're easy to grow (if you plant them from scratch, the seeds need cold, so winter seed or store the seeds in the fridge and plant inside in the spring), but once you have a few, they also spread via rhisomes beneath the ground. So far, I only have common milkweed that has grown large enough to flower, but I planted some swamp milkweed this year, so I'm hopeful that will add to my milkweed collection. (Being a lazy gardener, I planted my first ones in milk jugs in the winter. Super easy. Here's my story on winter sowing. At the time, I wasn't sure, but after years of this easy-as-pie method, I'm sold). 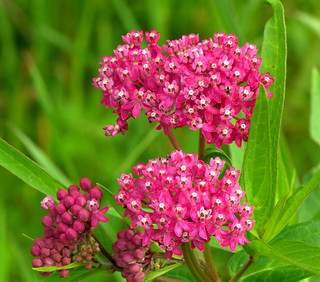 I would love to be able to grow Cardinal Flowers, because they're beautiful and they attract hummingbirds, but I'm not sure I have an area wet enough for them to grow. Plus, the flowers are difficult for insects to get in, so they need hummingbirds to pollinate them, and I'm not sure there are that many of those around here. 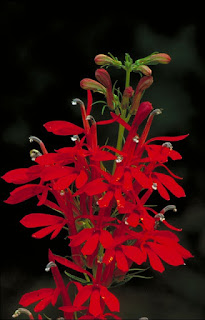 I'd love to hear of your own gardening experiences (good and bad).