I'll admit that while I've never actually been in a treehouse, I'm fascinated by them. In spite of the fear factor involved with a small space well off the ground, there's something rather magical about them. They feel a bit like playgrounds where adults are just as welcome as children. 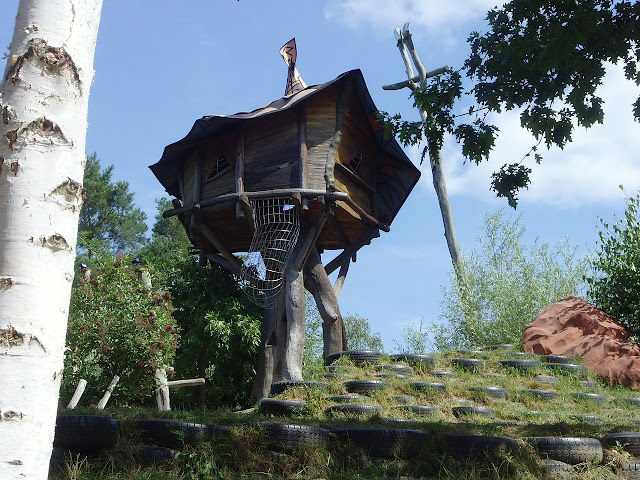 And during recent years, people have gotten so inventive when it comes to style. Plans that would never work for ordinary houses are pluses for treehouses. 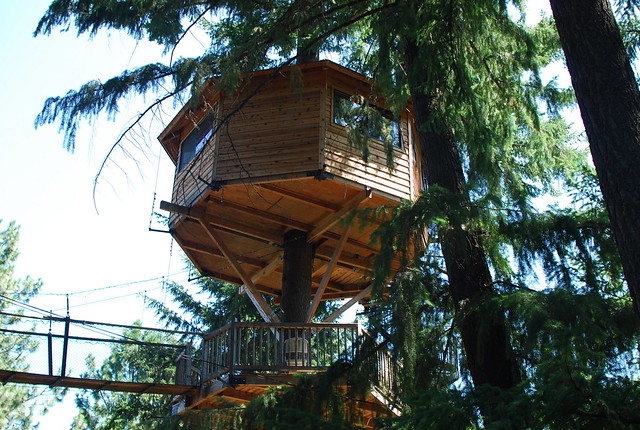 There are treehouses one can rent:

Here are 31 others that can be rented. Some of them are amazing!

If you do a search for "Treehouses for sale," you'll find builders and a number of ready-to-move-in treehouses on the market.

Also, I've obviously been living under a rock (i.e., I don't have cable tv) or I would have already known (as many of you no doubt already do) that there was a long running show on the Animal Planet channel called Treehouse Masters that featured...duh...treehouses. Episodes are still up on the website or if you just want photo tours, that's available, too.

There are also lots of videos available on YouTube, such as this one:

You can watch treehouses being built, and (via Treehouse Masters again), you can find some treehouses that are more luxurious than many places I've lived, such as this beauty (I have a silver maple, but I definitely don't have this view):

Maybe I should try a unique vacation and stay only in treehouses. Wouldn't that be something?

Have a fantastic day and enjoy fantasizing about your own personal daydream, whether it be a treehouse tour or some other fascinating goal!