I Could Watch These Food Art Videos for Hours... (Part 1)

Bob Ross, the painter, had (and still has) a huge following, and I'm guessing that the majority of the people who watched his show and the shows of all the other painters on television or YouTube never picked up a brush. There's just something very mesmerizing and calming about watching someone create something intricate and beautiful right before your eyes.

For instance, before today I had never seen these intricate flowers in gelatin. 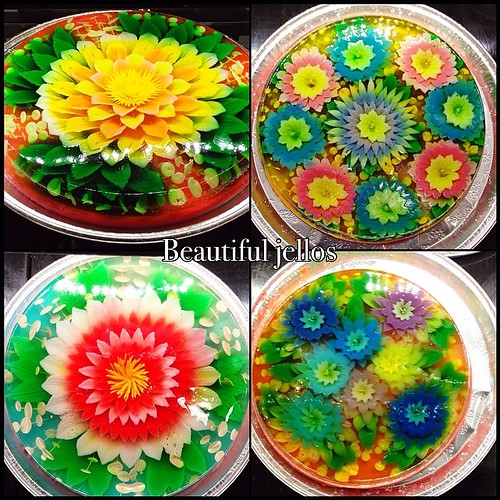 But there are a number of videos on YouTube demonstrating the technique. Here's one of the shorter ones.

Here's a little more information about gelatin art (it appears to be an ad, but there's also a bit of background and several pretty bits of art).

If you're interested in trying this, this site (the same one that produced the last video) has all kinds of instructions. Or, like me, you can just enjoy watching other people produce the gorgeous edible art.