To Bake or Not to Bake: Interesting Cake Fads

When I was teaching, a friend gave me some cake starter and a recipe for Friendship Cake (which I have since lost--the recipe, not the cake). Friendship cake or Friendship bread (or German Herman Cake), if you've never heard of it, is a kind of a baking chain letter. You either make a starter or are given a starter, you nurse it along for (depending on what type is is) either 10 days or 30 days. After that, you divide it, give some portions to friends, save some starter for yourself and bake the cake (or bread) with the last portion. 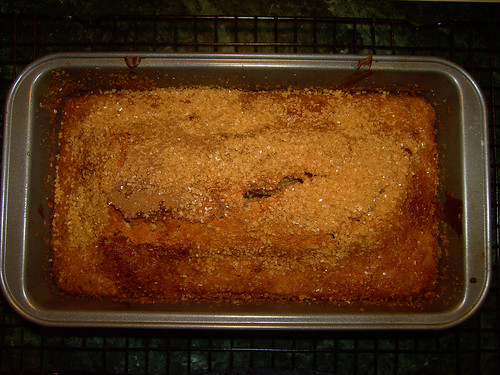 I'm not going to post the recipe here, because a) I don't have the original I started with, and b)there are lots of sources on the internet. Here's a whole site called Friendship Bread Kitchen with recipes for the starter and for different ways to use it. Note: Some people consider Friendship cake/bread to be a bit of a curse, because of the whole chain letter aspect and because it almost guilts you into making cake you don't necessarily need or want.

In other words, think carefully before you start. I seem to remember being a bit nervous that I would forget one of the steps or (gasp) not keep the starter alive. It was a bit like a Furby (remember those?) in some ways. Too much responsibility and guilt attached.

Here's a video on the life cycle of a Herman cake:

The current equivalent of a Friendship cake, I suppose is a Magic Cake (a cake that goes into the pan as a single batter but separates itself into 3 distinct layers). They're both a bit faddish and obviously popular since those recipes just keep circulating. 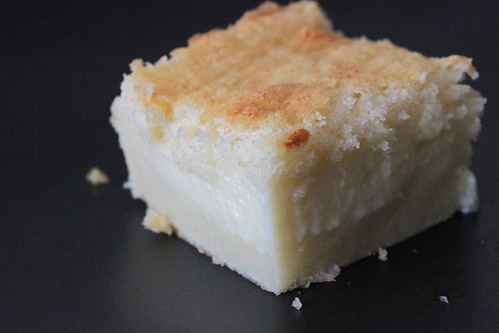 Here's a link to the recipe for the magic custard cake (above), which is, I take it, the standard Magic Cake. But if you prefer chocolate, check out the Magic Chocolate Cake recipe in the video below:

I don't bake a lot, but I do find these cake fads intriguing. Any other baking fads that I've missed? If so, clue me in. I'd love to hear more.