It's Time for the Perseid Meteor Shower

Living near a large city, I don't get to see many stars, but I've spent a lot of time camping in my lifetime, so I once got to enjoy the annual Perseid meteor shower, a spectacular display that takes place every August. According to NASA, during normal years one can see about 80 Perseids per hour, but this year circumstances are such that the number could increase to 150 or even 200 on the optimum night (August 11-12th are the nights I've read). 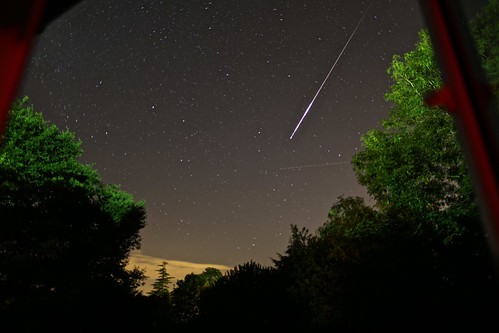 This video from the 2015 Perseid meteor shower (this one was filmed in Utah) shows what one can typically see with the naked eye. Amazing, isn't it?

I'm probably going to miss it again. I won't be near a dark open area, and it's supposed to be partly cloudy here, anyway, but if you'd like to know more, here's info on when, where and how to see it (from Space.com).

For those of you lucky enough to witness this amazing meteor shower, enjoy!
Posted by Myrna Mackenzie at 4:05:00 PM