How to Carry a Cell Phone (or Not)

I know lots of people who love, love, love purses. They have big bags, small ones, designer bags and casual bags. They like nothing better than buying a new purse. Other people carry backpacks.

I, however, am not one of those people. I do have a purse, although I have downsized to a very small one over the years. But...lots of times I don't want to carry one. If I'm out for a walk, I don't want to have to worry about lugging along a purse. And since I walk a lot, that's a problem.

Whenever possible, I stuff everything into my pockets (cell phone in one pocket, keys in another, cards and money in a third, and because I wear glasses, a cloth to clean them with in a fourth). That never used to be a problem, but pockets on women's jeans (or other pants) are shrinking at the same time that phones are growing in size. Now I seem to spend ages online looking for jeans that actually have pockets big enough to hold a phone.

Recently someone wrote to Ellen Warren of the Chicago Tribune (also known as the Answer Angel) regarding the pocket problem, and several people suggested golf pants. I'm not sure I want to wear golf pants, but...it's a possibility. For now, I can still find a few pairs of jeans on the L L. Bean website. It's possible that there are other places, and I would love to know about them if there are. Frankly, jeans are too expensive to risk buying a pair and then finding out that the pockets are shallow.

Another possible solution I've considered is a cross body phone case, something smaller than a purse, but still able to carry the essentials.

Source
Or...a smaller waist bag, although I'm not so sure about that one. It looks a bit uncomfortable...but I could be wrong about that. 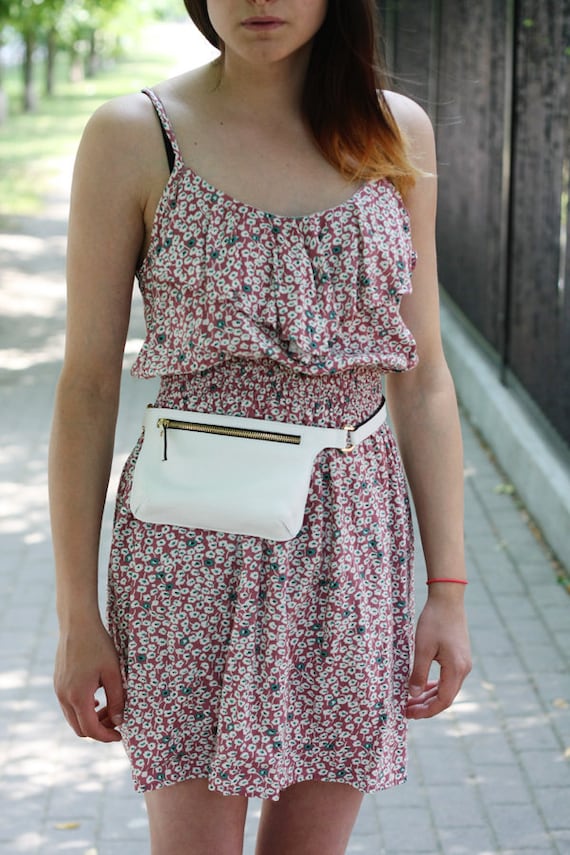 I've looked at several pockets (okay, they're really small bags) that attach to a belt, but since I seldom wear a belt and don't really want to, that solution doesn't really work for me.

I'm considering this one. It's a Hip Klip, and it clips onto the band of whatever pants you're wearing.

There are various types (including buying the Klips without the bag), available at the original site. They're also available elsewhere, including places like Amazon.

If anyone has any better ideas (or places where jeans and slacks still have standard rather than shallow pockets), I'd love to hear about them.

We just upgraded our cell last week to something twice its original size. I put it in my jeans pocket and it hangs out the top an inch or so - with my keys in the other front pocket. If I'm going somewhere I can't take my purse (like the bar), then my driver's licence and cash are also in with my keys, and the phone sits on the table until I dance, and then it goes in my front pocket again ... or in my hand ... or is left with someone I trust at the table. My husband refuses to put the phone in his jeans pocket, but I think his pockets aren't as deep as mine. He keeps the (same) phone in his coat's inner pocket. I'm not sure where he'll put it when he rides his bike for 3-4 hours a day, as it's been too cold lately for him to head out.
When I'm out shopping, the phone goes in my outer purse pocket, as I'm one of those women who carry everything in my purse (grocery list and flyers to price match, book or two, all of my coupons in a pencil case, calculator so I can buy exact amounts at Bulk Barn to use my $3 off coupon on $10 purchases, scrap paper/pens, 3 grocery totes, and, oh yeah, my big wallet!). My purse goes in the trunk if I'm out for a walk away from home, though.
I don't know yet what I'll do in the summertime when I walk. Maybe it'll be okay in my back jeans pocket....
I have to buy my ($80) jeans at Long Tall Sally in Canada, as I have a 36-37" inseam. I DID buy some ($20) jeans at Walmart this summer in the US but I haven't worn them yet (as I save them for special occasions so they are dark blue before they begin to fade) - they aren't as nice as my $80 ones, but for that price, I darn well bought them anyway for around the house.
I have old-fashioned fanny packs here, but I would never use one for my phone, as it accentuates my belly, as would the above examples.
I think if I were desperate, I'd just tuck the phone into my waistline of my pants under my arm. It won't go anywhere....
As an aside, when I go to what I think will be boring parties, I tuck a Harlequin into my sock so that I can read in the bathroom when totally bored. My socks aren't tight enough to hold a cell phone, plus I wouldn't want to be seen in public reaching down to answer my phone, LOL!

Elaine, I see I'm not alone! It's a dilemma, isn't it? LOL on reaching down to answer your phone in your sock! (I was reading a forum about this topic a few weeks ago, and one woman said that she kept hers in her bra, but once she forgot to turn it off, and it rang while she was at work. Oh my)! A few years ago (when I still had a small phone), I had a small waist belt with a stretchy pocket, used by runners, but it was so uncomfortable and yes, I'm with you on the fanny pack. I used to use one when I went camping, but there was just no way to make one of those look attractive. (On a different topic, hunting for jeans that have a higher rise (i.e., not below my navel) is another problem. Fortunately, jeans makers seem to have pulled back from having all their jeans low rise these days. Or at least most of them have at least one or two pairs of higher rise (i.e. natural waistline) jeans.

I think I got a little parentheses crazy and not correctly, either in my last comment. Alas, there's no way to edit comments, so...my apologies if anyone was getting dizzy reading that.