Mural Art and the Walldogs

Recently I was in Delavan, Wisconsin during the week when the Walldogs were there. If you're wondering what Walldogs are, historically (dating back to around the 1880's, I believe) they were (are?) people who paint signs or advertising on buildings or barns. Coca Cola famously began hiring artists to pay businesses to let them paint advertising on their buildings beginning around 1895 and continuing through the mid-twentieth century. 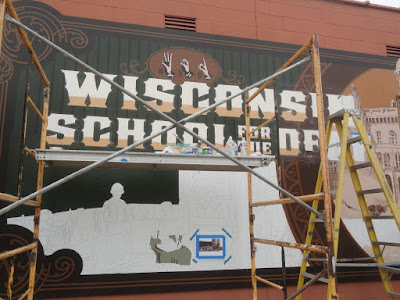 The trend gave way to other types of advertising, but in recent years this type of mural painting has returned and become a movement. From my somewhat limited perspective (this was my first time to see these), the Walldog experience is something that brings a community together, attracts tourists, and is simply fun. The Walldogs spend several days in a town, and at the end of the week, there are all these awesome murals which remain for people to enjoy (these days they're not about advertising, and from what I could see, they're more about commemorating the history and highlights of the town. 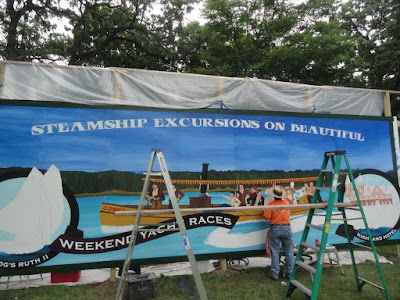 Delavan, Wisconsin is known for numerous things. It has a lovely lake, There are six Frank Lloyd Wright houses and a boathouse on the lake there, and there are many vacation homes. But (besides the lake and vacation fun) two things that Delavan is probably most noted for is The Wisconsin School for the Deaf (founded in 1852) and circus history. 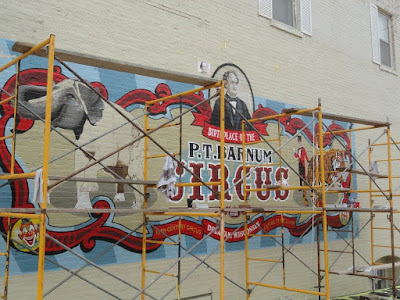 Between 1847 and 1894 circus performers from over 26 circuses called Delavan their winter quarters (the pastures and water available there were good for the circuses' most valuable assets, their horses and other animals). The P.T. Barnum Circus, known as The Greatest Show on Earth was founded here in 1871. There are several colorful statues of circus animals in the middle of the town to commemorate this bit of history, so when the Walldogs came to town, it was clear that at least one mural would be circus-oriented.  But there was more, as you can see from these few photos we managed to take. 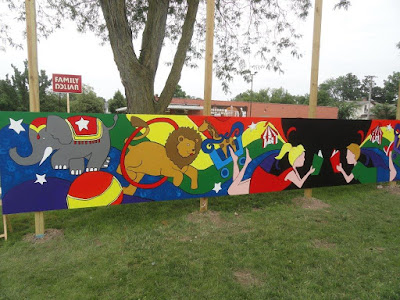 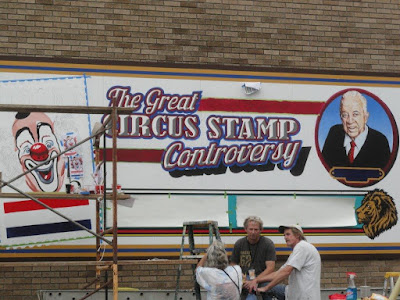 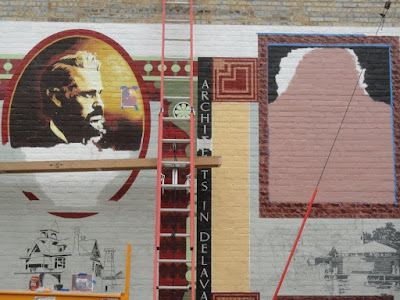 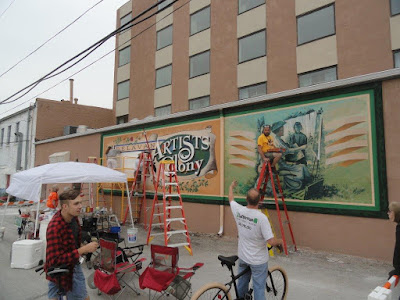 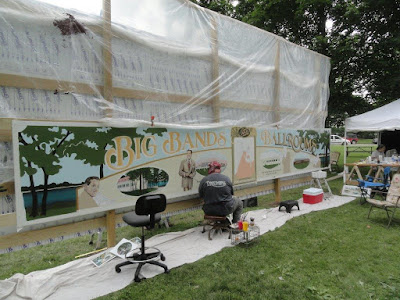 There were a number of others we didn't get to see (there were a total of 18 murals, and we had to leave early, so we didn't get to see the completed projects, either), but we'll be back another day. They're going to add a clear finish to them to make them last, and I've been told that with luck, they'll be good for 25 years. In the meantime, here's a link to an image gallery with more of the process and the completed murals. We spoke with people who have become Walldog painters (whole families are involved) and it looks like fun!

Here's a video of some of the artists at work:

And here's the Walldogs site where you can read more about the movement, find out how to get the Walldogs to come to your town, and locate some of the other places they've been where the murals are still there for people to enjoy.


Right now I have an urge to visit more of the towns where the Walldogs have left their mark.
Posted by Myrna Mackenzie at 5:00:00 PM