If You Love Peonies

A few years ago, I happened to be near Champaign, Illinois, and took a visit to Allerton Park. Over 1500 acres of park, sculptures, gardens, trails and a conference center, Allerton Park is now owned by the University of Illinois, donated by the Allerton family in 1946. Originally begun in 1899, the Georgian Revival house (32,000 square feet) was finished in 1900 for the sum of $50,000. Stables, greenhouses and a gate house were added later. (Robert Allerton, who built Allerton Park, was an art lover and donated more than 6,000 pieces to the Art Institute of Chicago where the main building now bears his name). 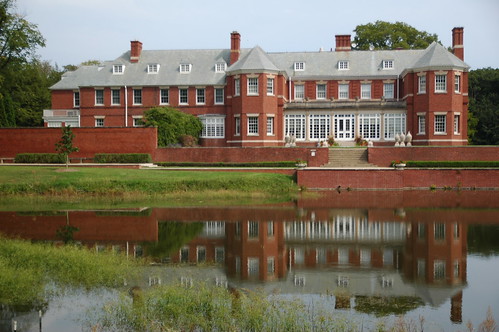 
The home isn't open to the public as it's used as a conference center, but the grounds are open (and free) to the public, and the park is a lovely place to wander. There is statuary all around the grounds.

But the reason I was thinking of Allerton Park today is because it's peony season, and there are almost 70 types of peonies there in the peony garden. Here's a link to a list of the varieties. 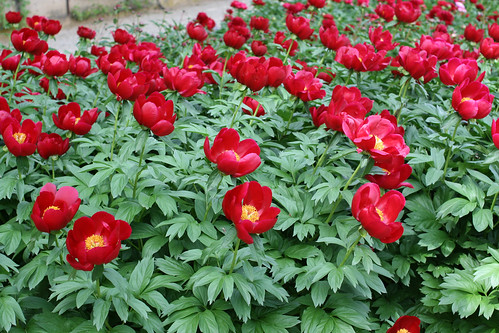 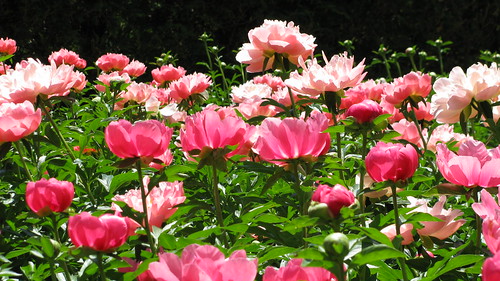 So, if you're ever in central Illinois, pay a visit to Allerton Park. I think you'll enjoy it.

I have peonies in my front garden. They haven't blossomed yet, as our winter didn't end until May this year.
Thanks for sharing these beauties with us!

Mary, aren't they? I wish I could visit there this year. Unfortunately, it will have to wait for another time.

Elaine, I hear you. I was in Wisconsin about a week ago and still no blooms. We have white ones. They've been around since before we moved here 33 years ago, so I don't even know when they were first planted. If I had been living here then, I would have chosen one of the more colorful varieties, but they're still lovely.