Update: Wow, I got caught posting a half-finished blog (must have hit Publish rather than Save). So, here's the rest of the story for those of you wondering why I posted two photos and nothing else.

Recently, I've read several stories about how gray is the new trendy hair color, along with images of younger women who are going through the hassle to color their hair gray. The hashtag that's being used is (apparently) #grannyhair, so it really is a thing. There are lots of articles about it, such as this one and this one, and a number of Pinterest boards.

(Note: the images on this page are from Flickr and not necessarily of people who have dyed their hair). 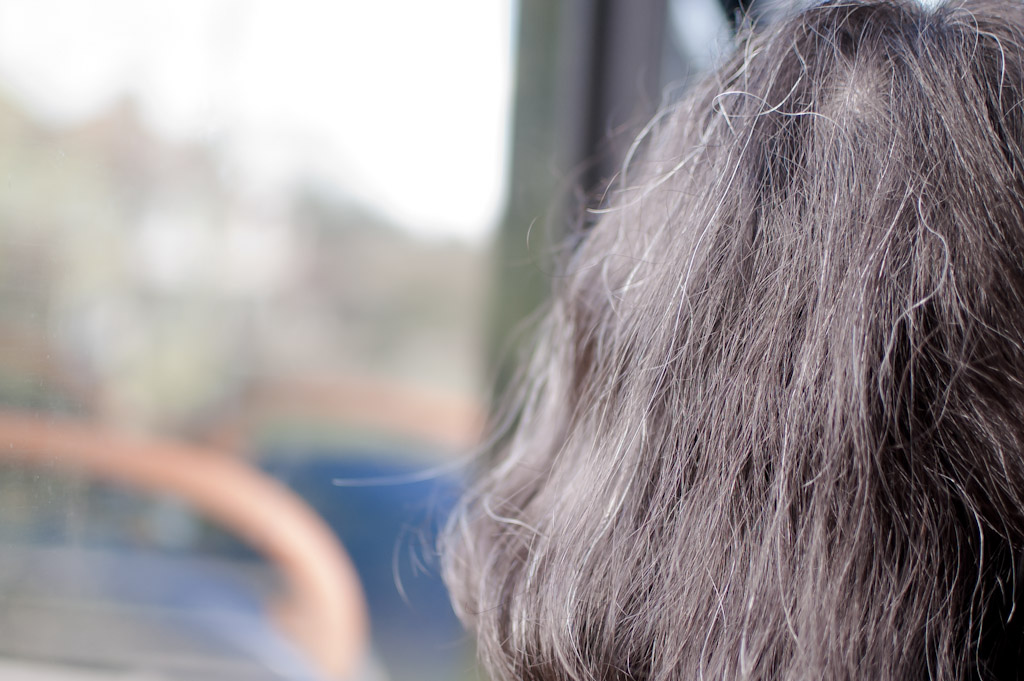 
I find this all intriguing, since I got my first gray in my early thirties and eventually began dying my hair. Last year, I fell, had to have a few staples in my head, and didn't feel comfortable putting chemicals on my scalp for a long time, so...no dye. Then, I tried some milder semi-permanent dye with less than stunning results, so I stopped and have gone completely natural. As my hair has grown, I've been shocked to see that I don't have as much gray as I thought I would (someday I might get brave enough to post a photo, but not today. As I've gotten older, I've also gotten less photogenic, and I was never particularly photogenic in the first place). I have a very nice silver right around my face, but for the rest, there's still lots of dark brown mixed in, so it's not at all the shade these younger women are shooting for. 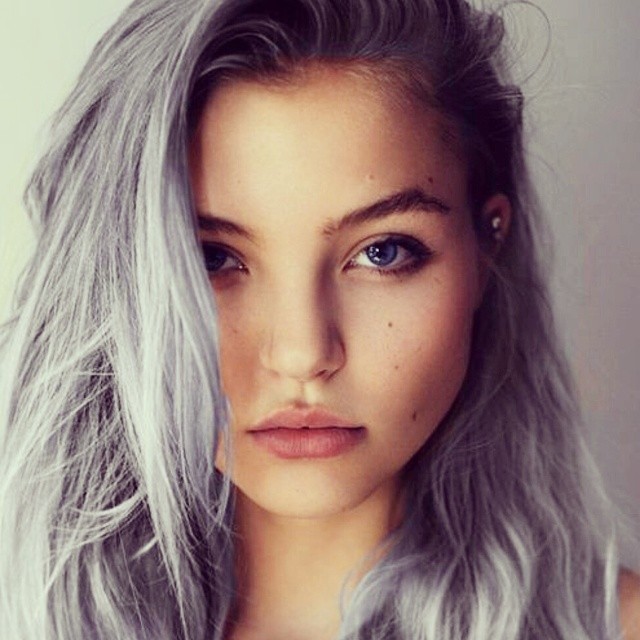 
Frankly, I like the silver enough that I would love to have all my hair that shade, but apparently it's an all day and very expensive process. First the color has to be removed, then dye has to be applied, and then, of course, there are the regular visits for touch ups (in one recent article, the stylist said that she didn't schedule any other clients on the day she dyed one young woman's hair silver, and the process took seven and a half hours).

For now, I'll just let nature take its course, but I am rather glad that this has become a trend. When I first started going gray, I had several stylists tut tutting about how I immediately needed to dye my hair to cover the gray, and frankly, it was off-putting. When I find a stylist I like, I am extremely loyal, but...start telling me that I need to cut or color my hair because I'm getting older and I'll move on to another stylist. I've heard too much criticism of what women do with their hair as they age, and my feeling is that I'm the one who has to look in the mirror every morning and who has to live with what's on my head. If I want long, gray hair, so be it. For now, I'll sit on the sidelines, cheer the young women who are chasing this trend, and wish that every strand of my own hair was that lovely, luminous silver.
Posted by Myrna Mackenzie at 9:52:00 AM

Mary, I'm cheering for you. As you can see from my update to the article above, so am I. It's good to be a trendsetter, isn't it? :-)