I'm sure I've mentioned my love affair with office supplies many times. Recently, I've been using a Seven Year Pen I bought from the Walker Art Center Online Shop in Minneapolis (um...make that the pen that Santa left in my Christmas stocking in December). I wasn't quite sure about it when I first clicked it on. It didn't seem to be working at all, as if the ink had dried, but after a few scribbles on the paper, it began to write, and now I'm in love with this pen. It glides across the paper. It's the right size for my hand, and it's a pretty purple with a bird and a feather for decoration. 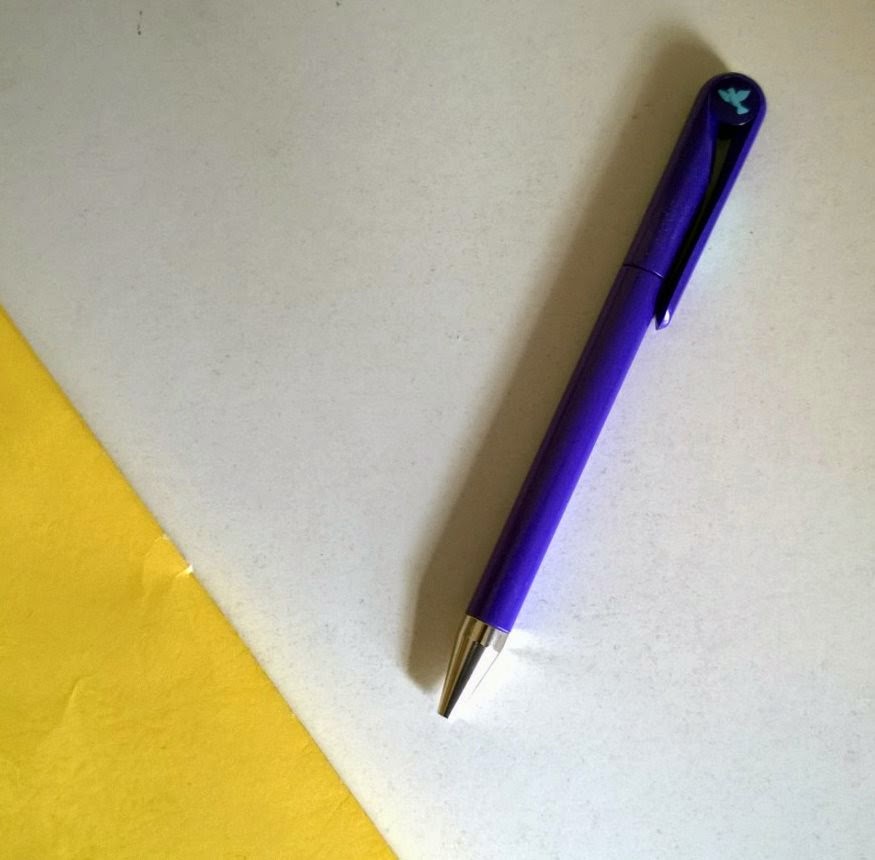 There are about 14 different designs (red with a flower, white with a green bicycle, green with a ball point pen image and the words "Note to self" and many others). At $7.99 plus shipping, they're not inexpensive, but if they truly last seven years, that's a bargain in my opinion (have I mentioned that I love this pen)?

On the other end of the spectrum, I've been using a lot of old fashioned number 2 pencils lately. It's not because I love them (although I do like being able to erase things). It's because when my kids were in school (we're talking the way back machine here), I used to buy big batches every year when school started. Then somewhere along the way, I realized that they had made the switch to mechanical pencils, and my big batch of yellow pencils lay untouched.

For years, I tried to ignore them. Then I bought a new pencil sharpener, a School Smart brand that sits on the floor next to my desk (so easy to simply lean over, shove a pencil in and get a sharp point in seconds).

Truthfully, the pencil sharpener probably cost more than the pencils did, but I love working my way through that big box of pencils. Admittedly, the rubber erasers on the pencils don't work anymore. That's how old the pencils are, but that's okay, because my favorite eraser, a Straddler Mars Plastic (apparently, favored by artists) is dependable and long lasting.

Beyond that, I use a lot of legal pads, a lot of old spiral notebooks left over from (you've got it) the days when my children needed them for school, and scrap paper cut up from manuscripts I've printed out, edited, then recycled. Lastly, I have to mention my other favorite pens, Pilot Medium Point Stick Pens. They look like another cheaper brand of pen, but these are far superior, in my opinion. They write smoothly and they don't leave an ink trail (a big deal for a lefty like me, as I cannot seem to use gel pens without smearing). It's been years since I've been able to buy them in stores, but I can buy them by the box online, and I do. I have them in black, blue, red (I used lots of red when I edit my books), purple and green. Their reasonable price makes them perfect. 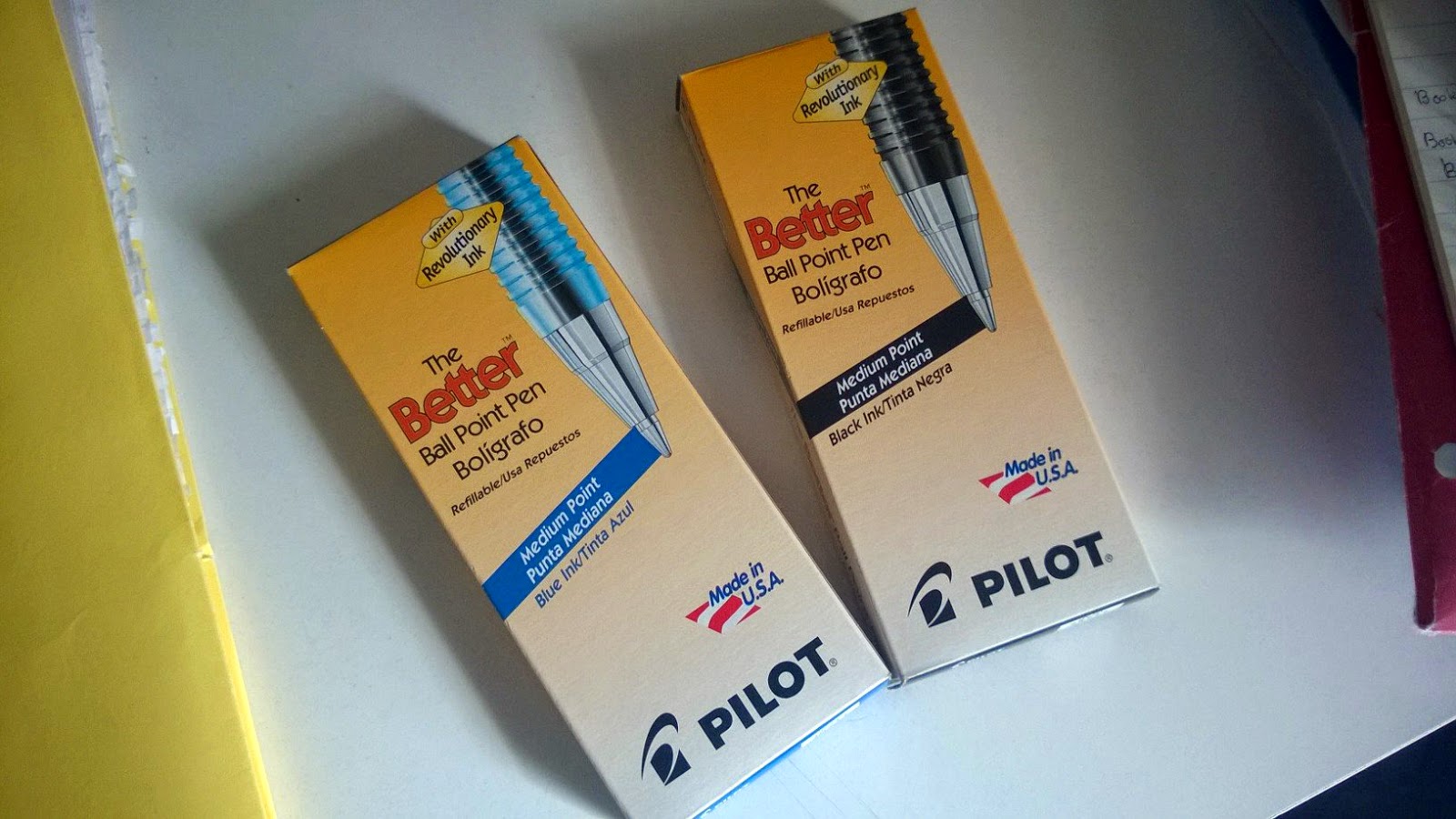 What's your favorite pen? Do you have one? (I would love to be a fountain pen person, but again, they're just not for the left-handed. Too messy, even though they're beautiful).