First, the dough. All the ingredients have been stirred together and it's ready to set aside to rise. 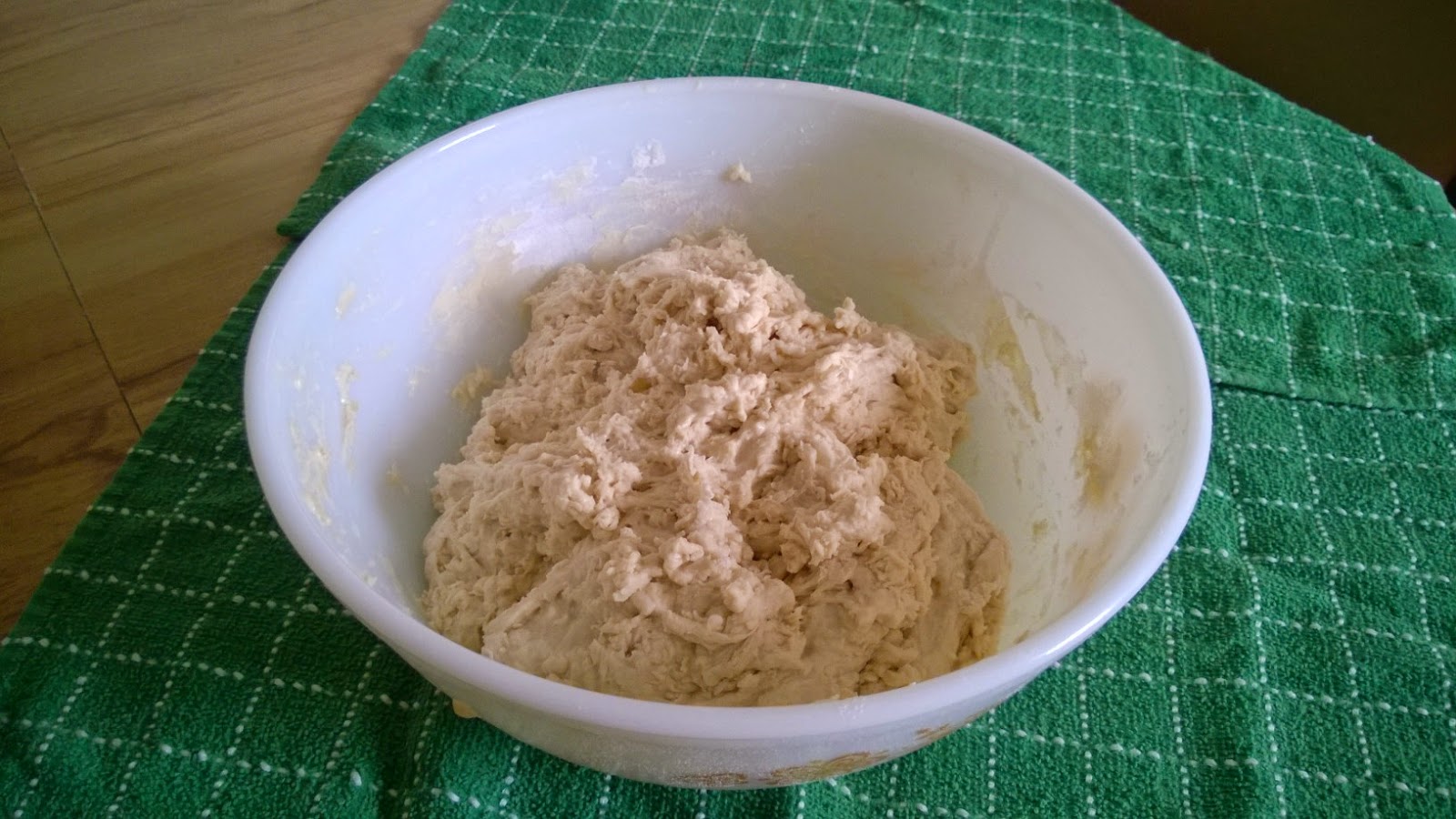 Risen and ready to either refrigerate or roll out (this makes 3 loaves of buttermilk bread, so 2/3 of it will go into the refrigerator while I use the other 1/3 for the cinnamon raisin bread). 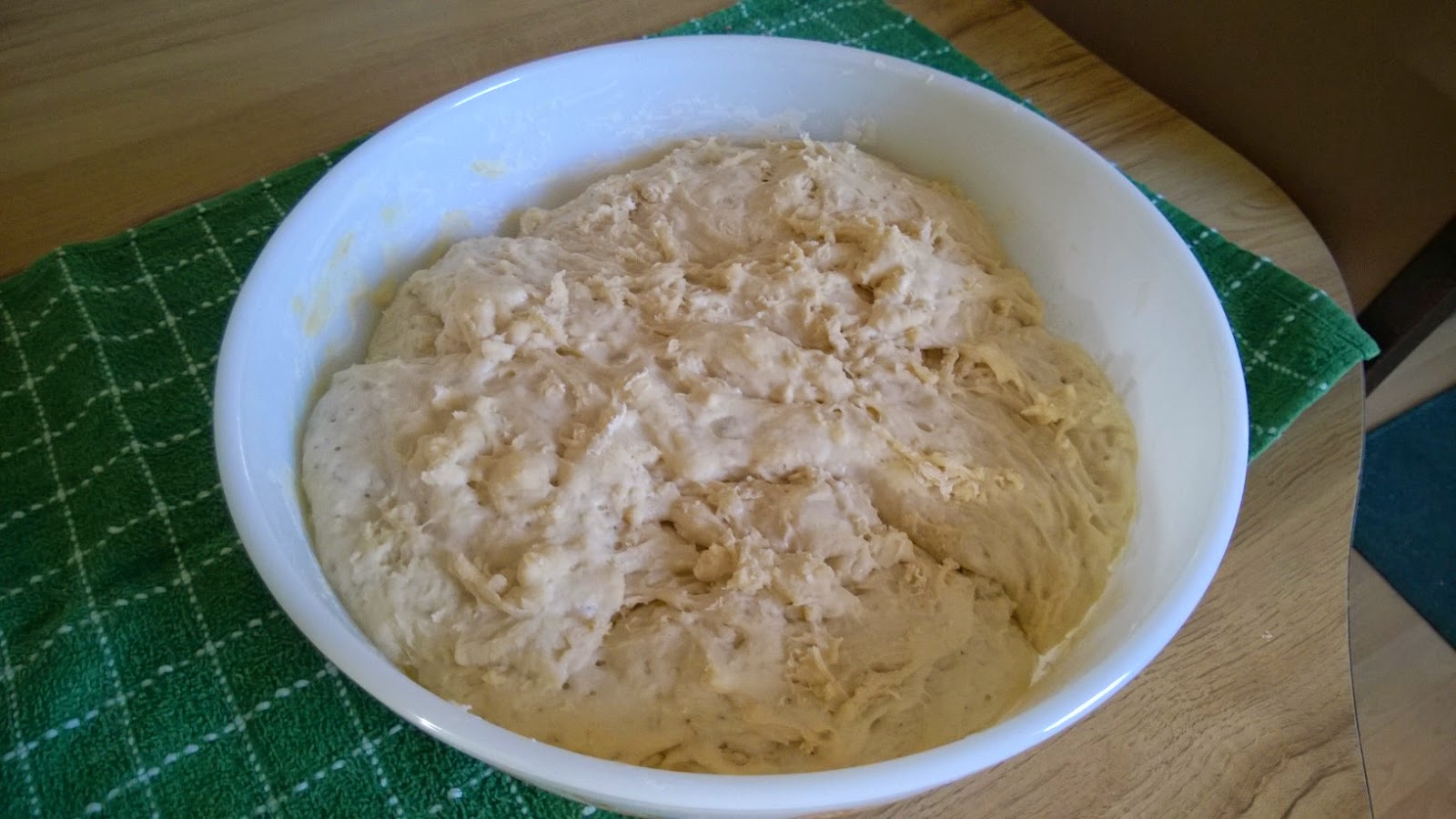 The dough is supposed to be a rectangle, but I'm never that precise. 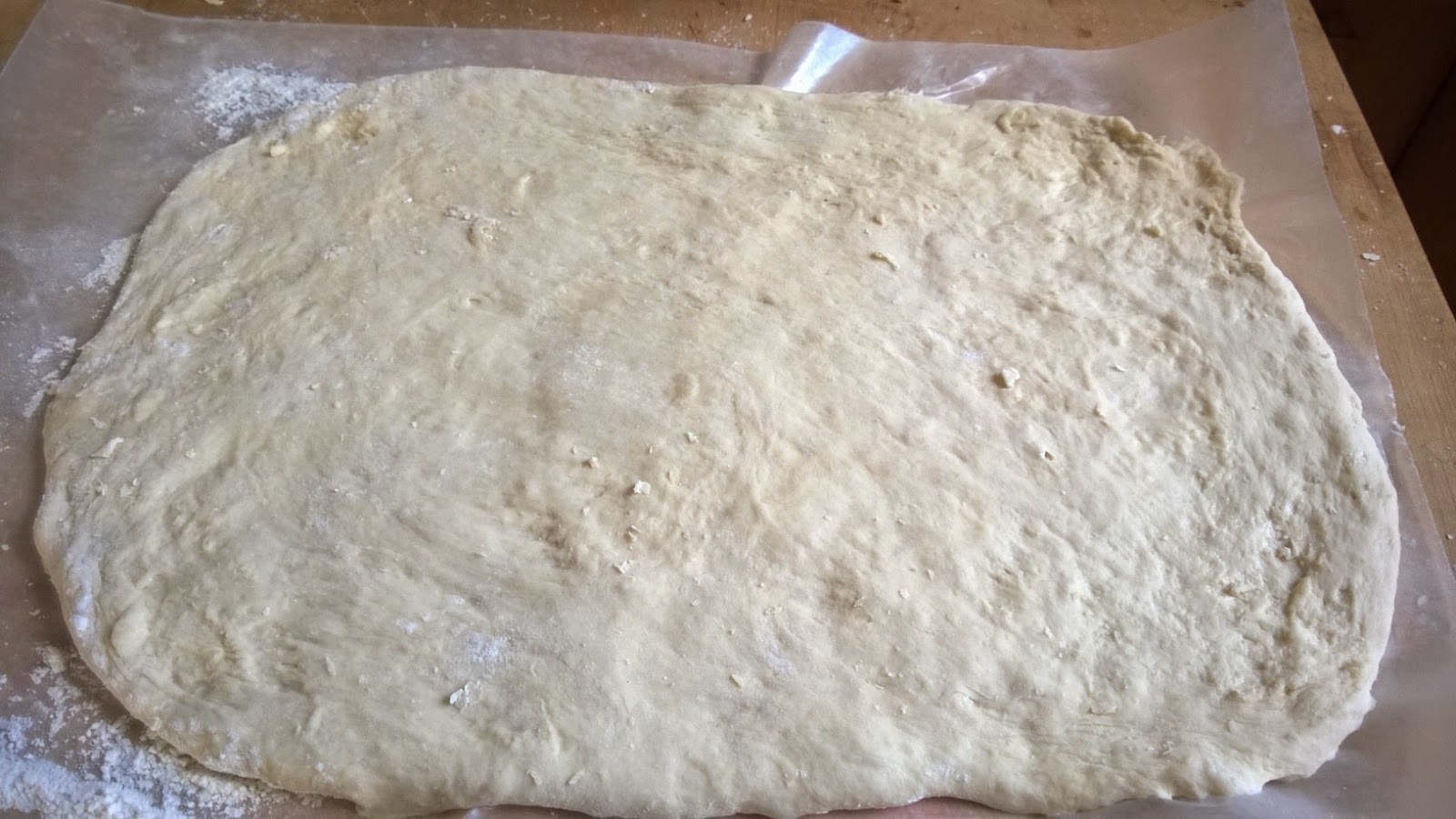 The brown sugar and cinnamon has been added, and I'm ready to sprinkle on the raisins. 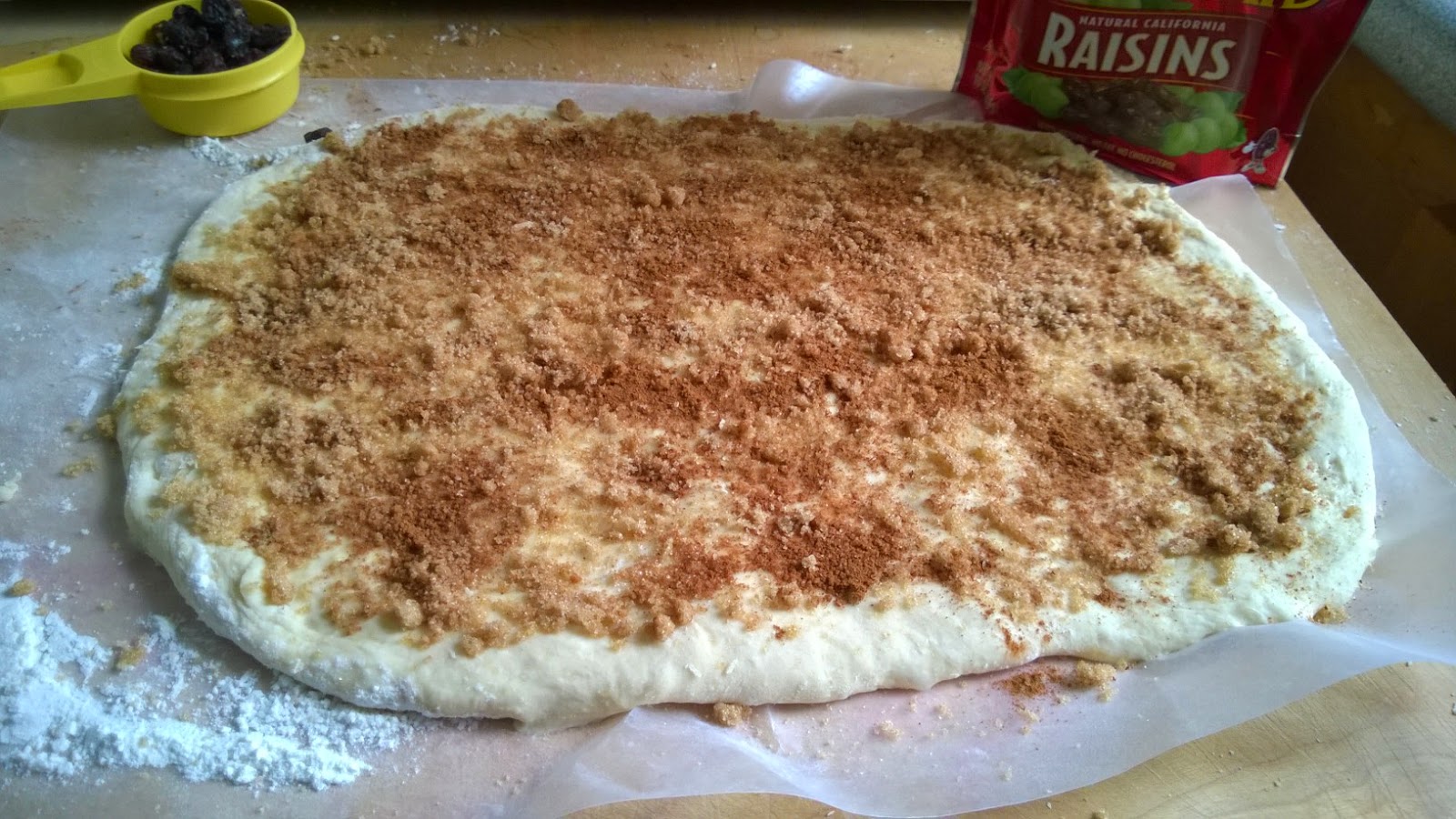 The raisins have been added, I've rolled up the loaf, put it in the pan, and it's ready for the final rise.. 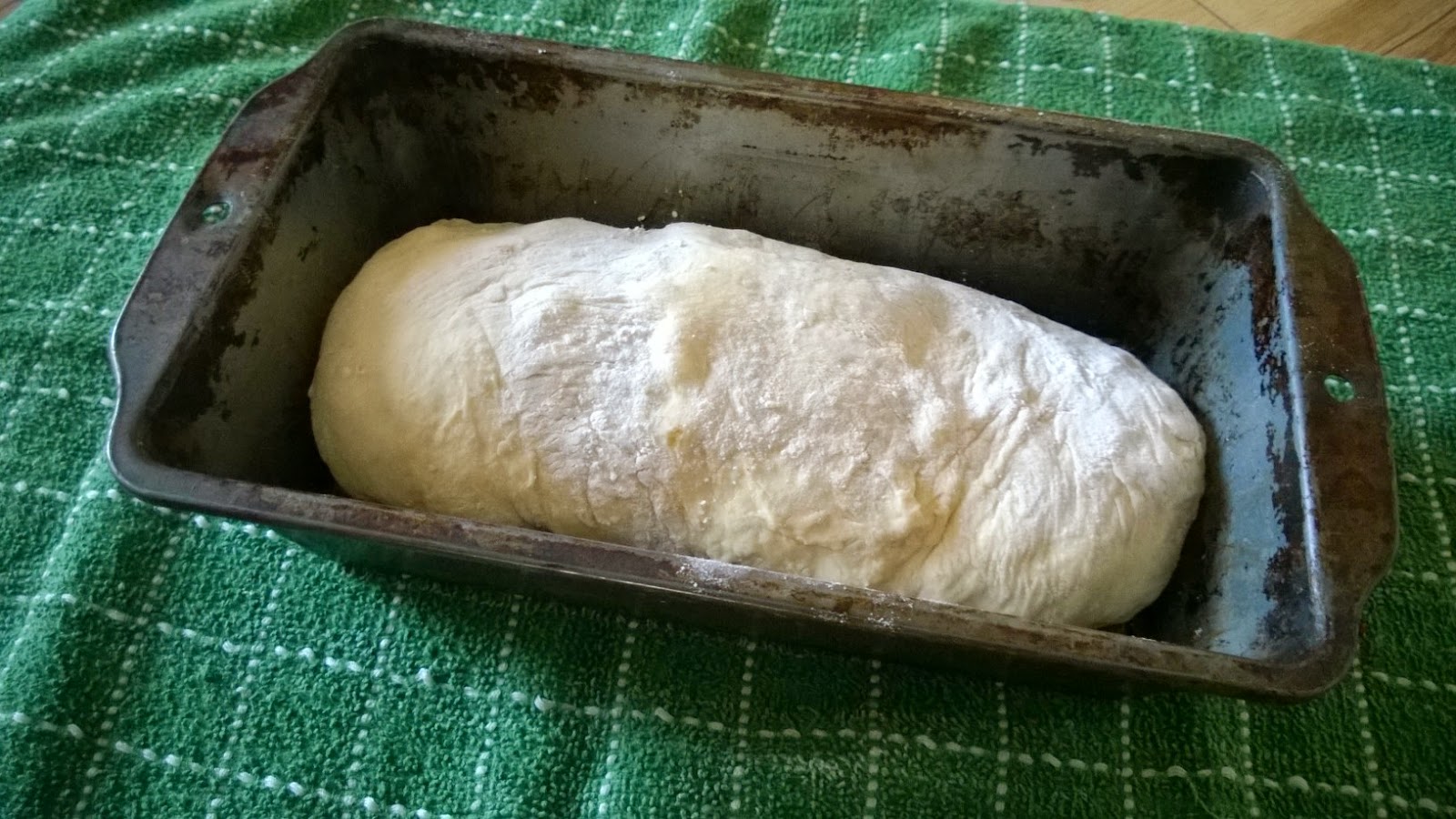 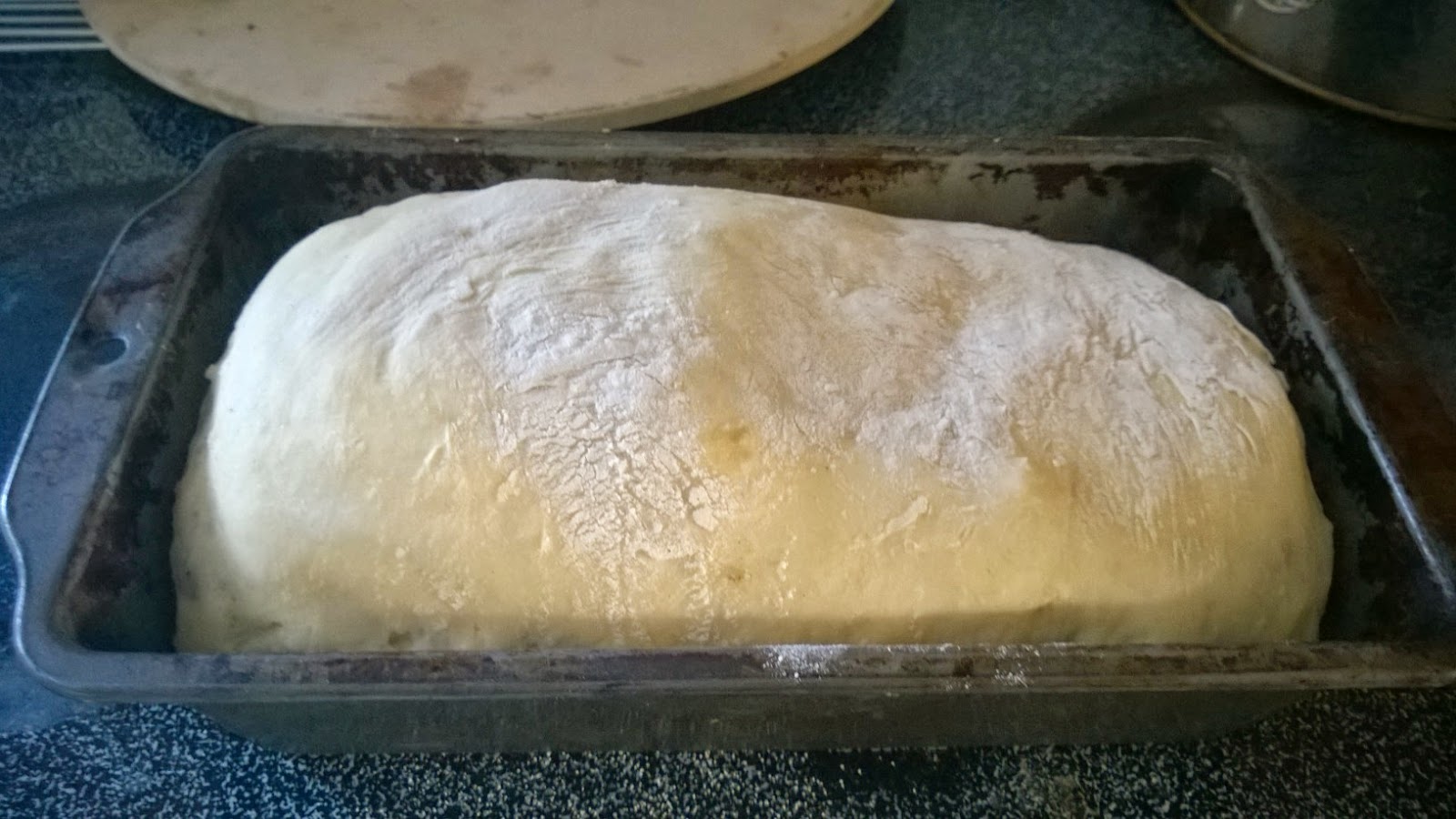 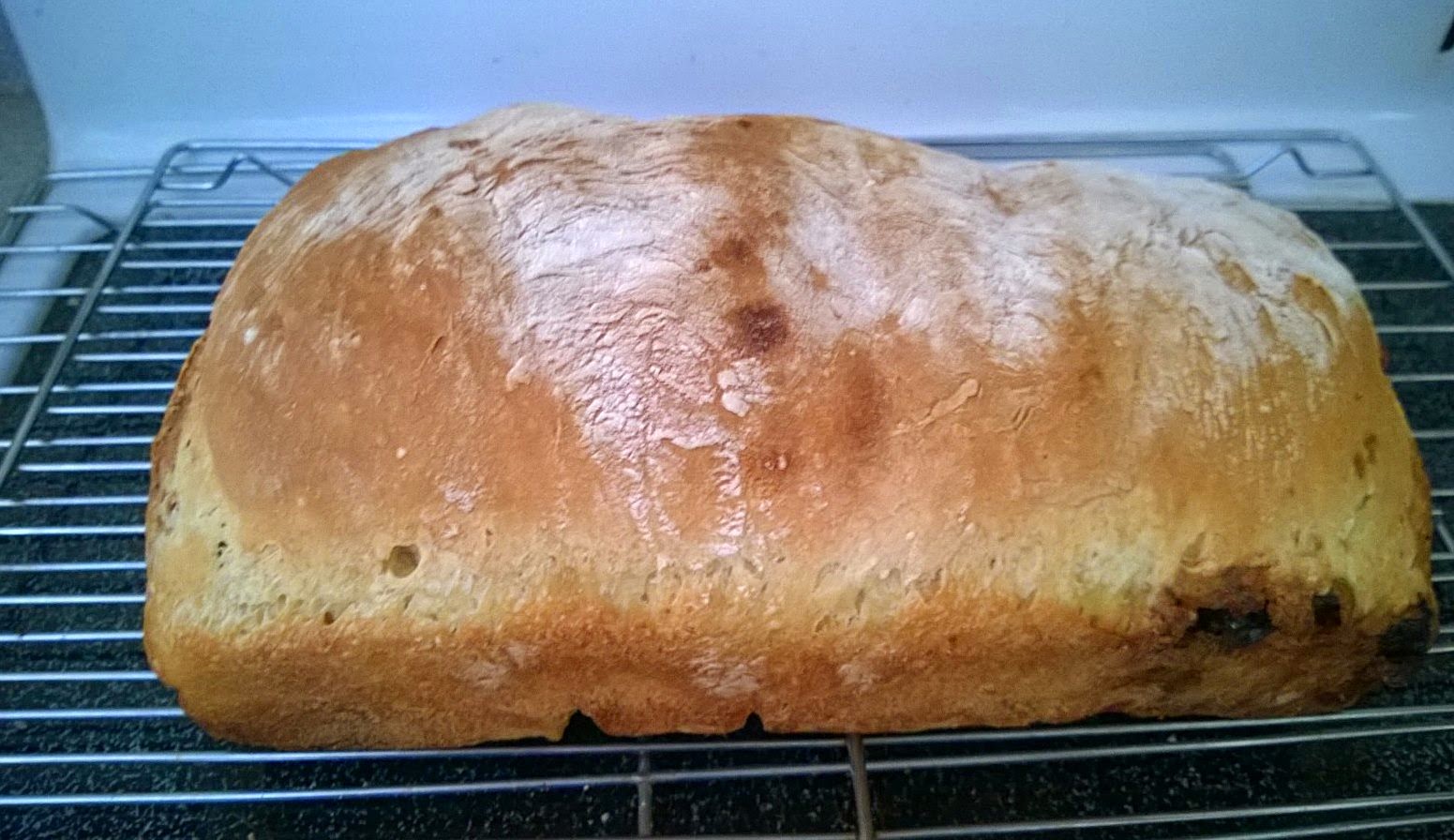 And ready to eat. 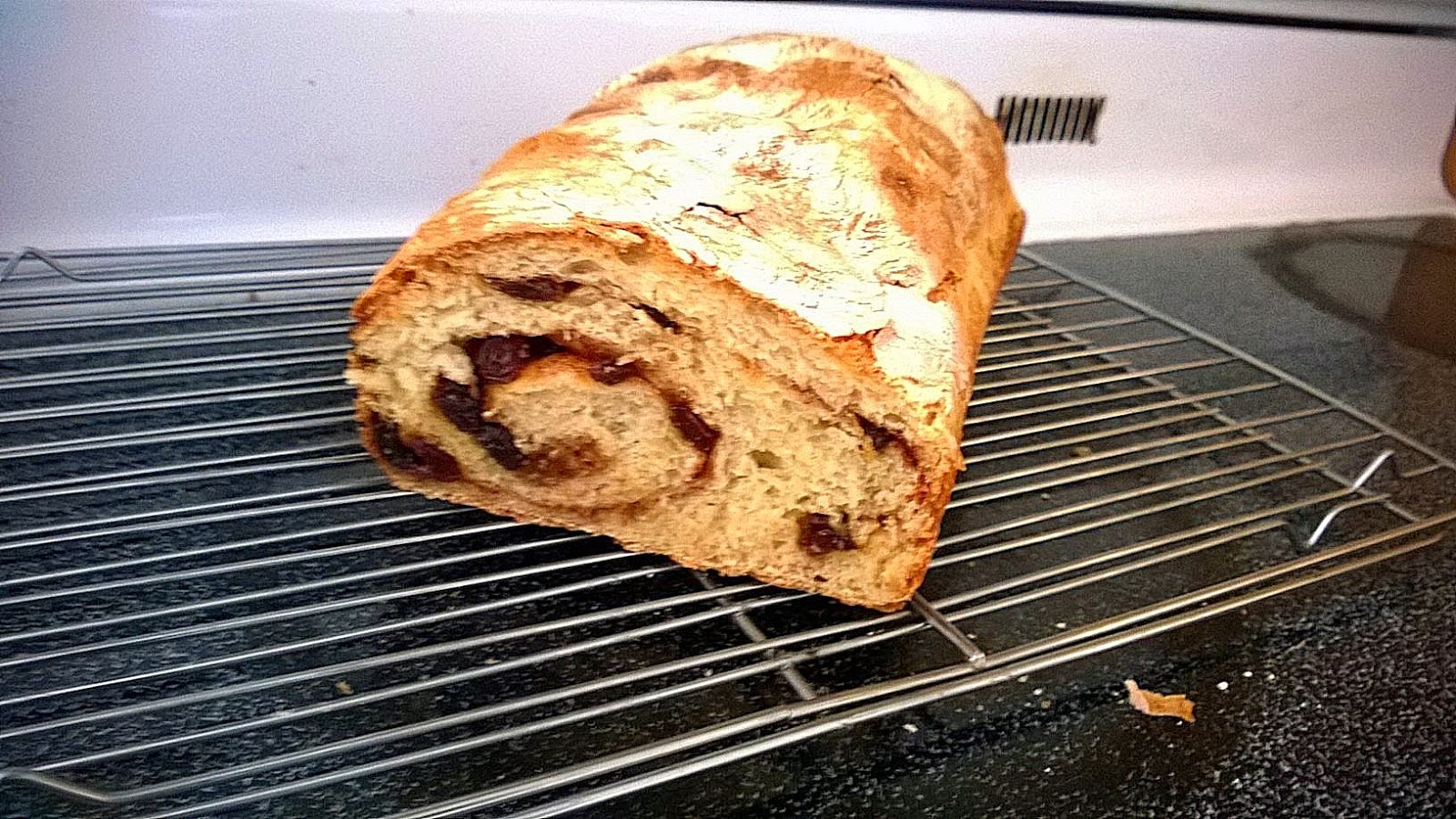 You make it seem so easy. Looks delicious.

Mary, thank you! It actually is easy. I'm not a great baker by any means, but there's no kneading involved, so even I can manage this one.