The Village of Riverside, Illinois is best known for the fact that it was the first planned model community in the United States and that the architect of those plans was Frederick Law Olmsted, who designed Central Park, the campus of Stanford University, the gardens of the Biltmore Estate in Asheville, North Carolina and the grounds of the U.S. Capitol, among other places. The village has curving streets, green parkways and antique-style gas lit street lanterns as well as many beautiful and unique homes. After the Great Chicago Fire of 1871 when the city was in ruins, Riverside was the last stop on the Burlington Northern Railroad line, and many people moved there.

I grew up in neighboring towns, but as a child Riverside was the place I wanted to live when I grew up and became rich (still waiting). I frequently rode my bicycle down its winding streets and got lost more than a few times (but since it's a relatively small town--population of less than 9,000--I quickly found my way back to the main street, Longcommon). It's a pretty place for a stroll or a ride.

The other day I visited a restaurant there and afterwards went for a walk. The village had just had an art fair and as part of the fair they had asked local knitters to take part in a project to wrap the light poles in the downtown area in art. Here are a few examples, taken during my stroll (there were many more). 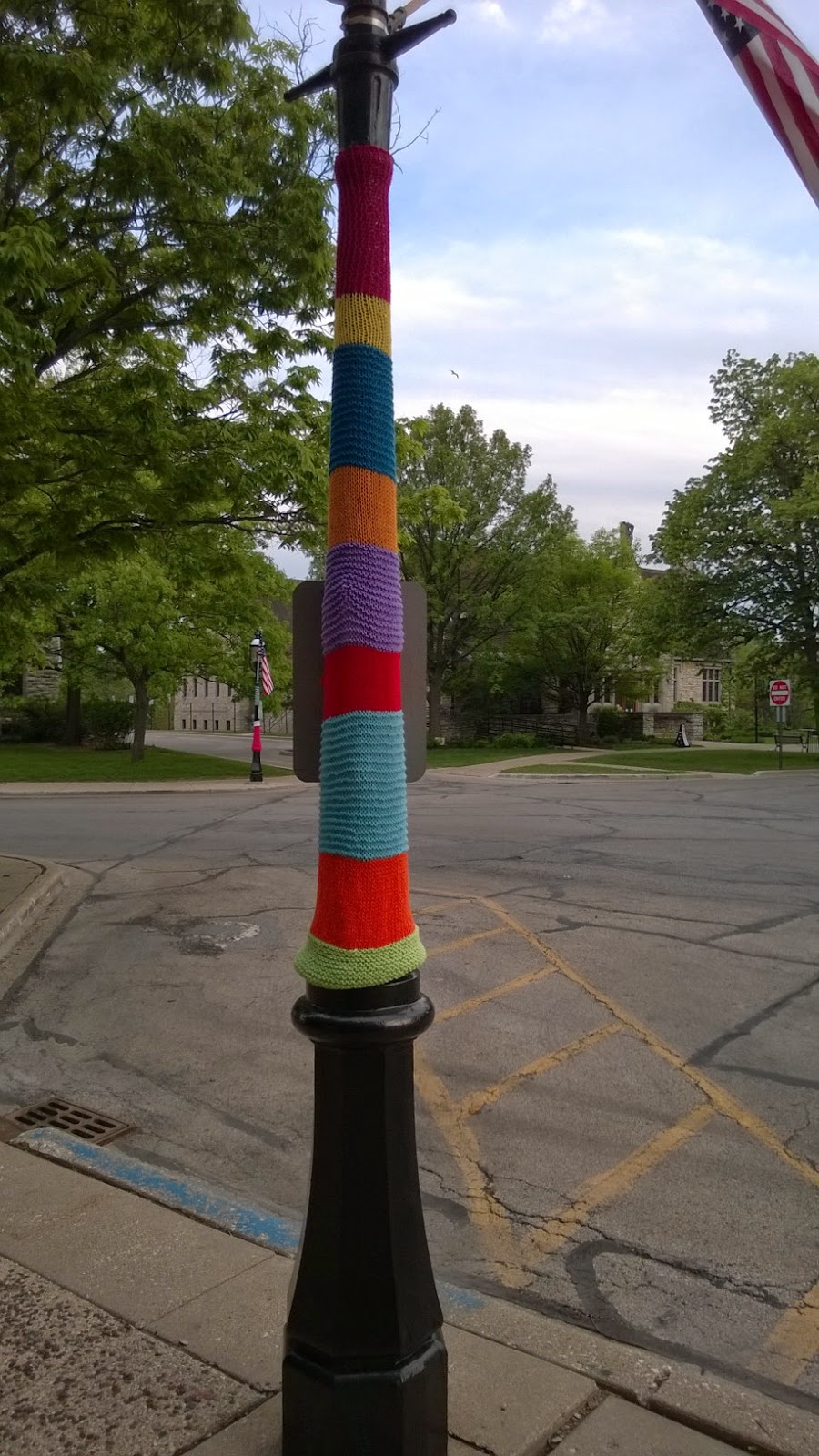 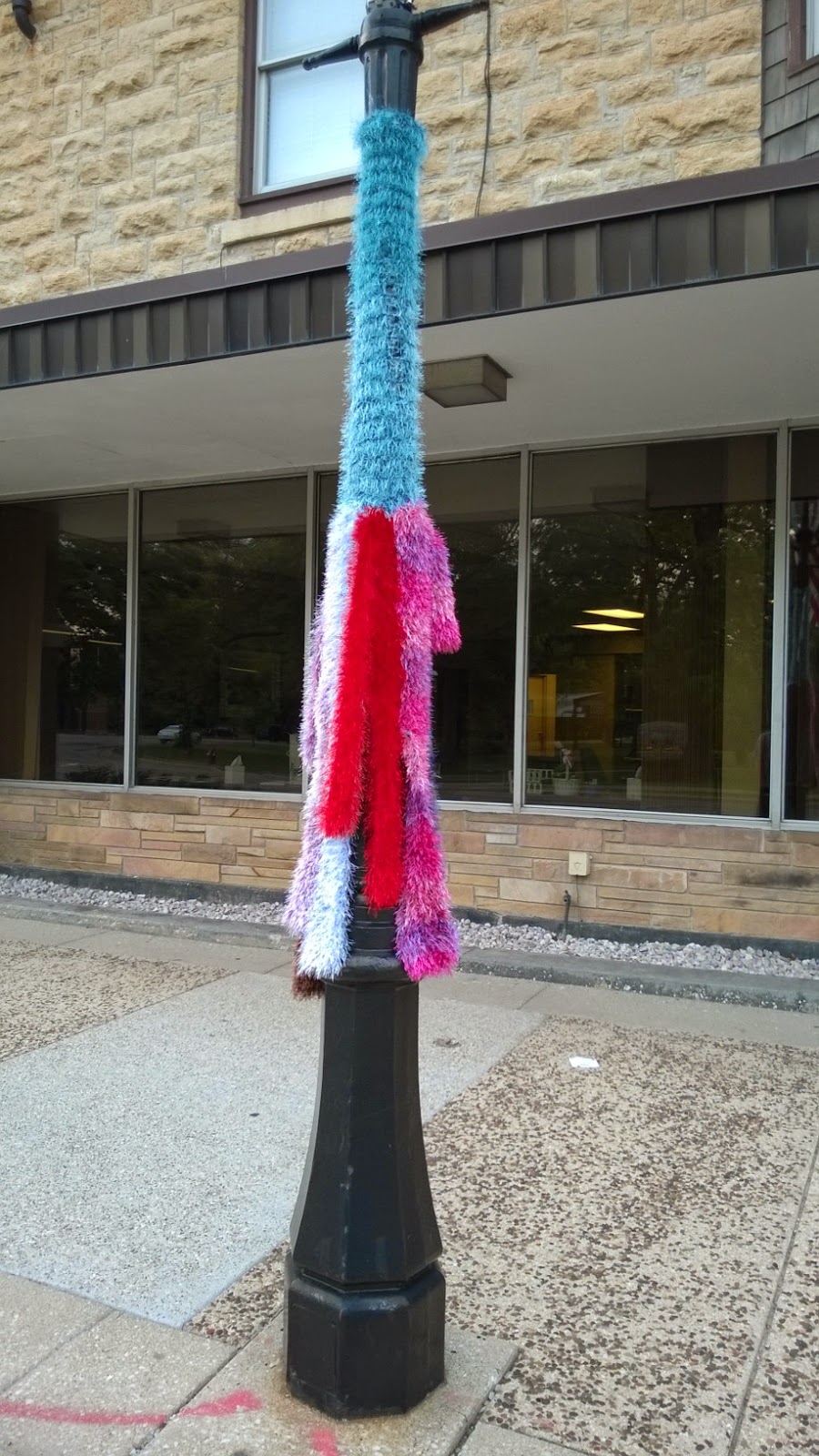 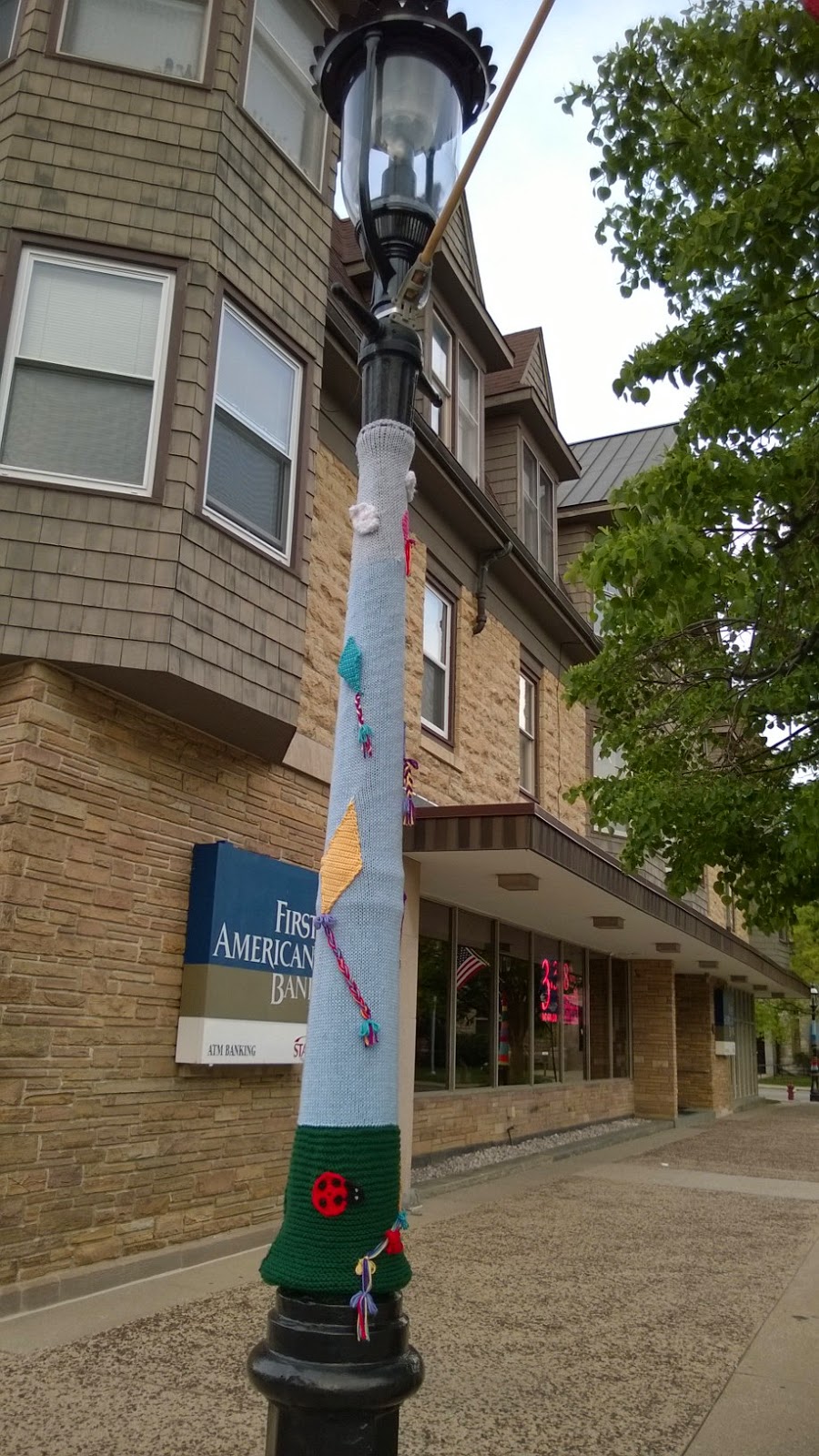 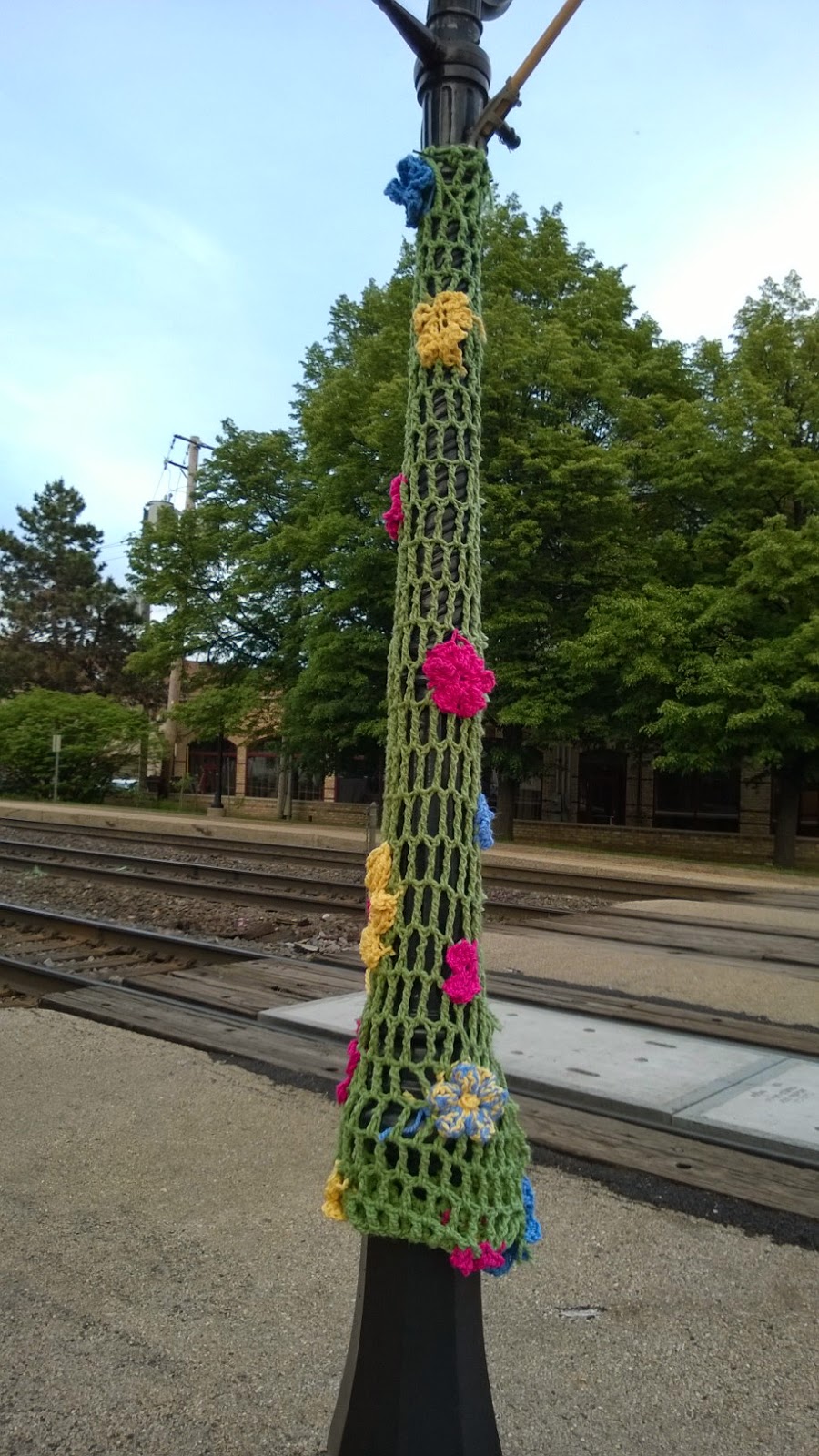 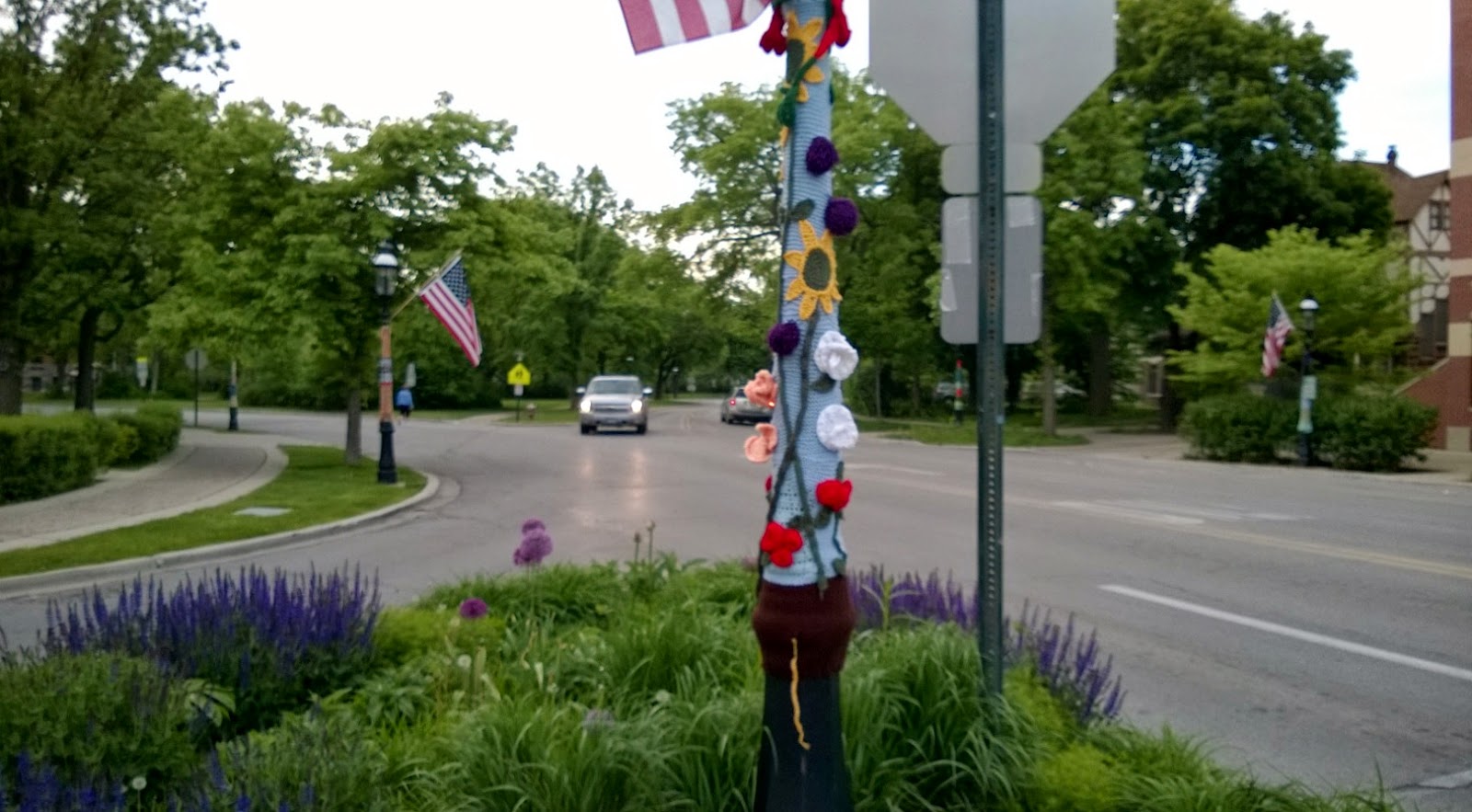 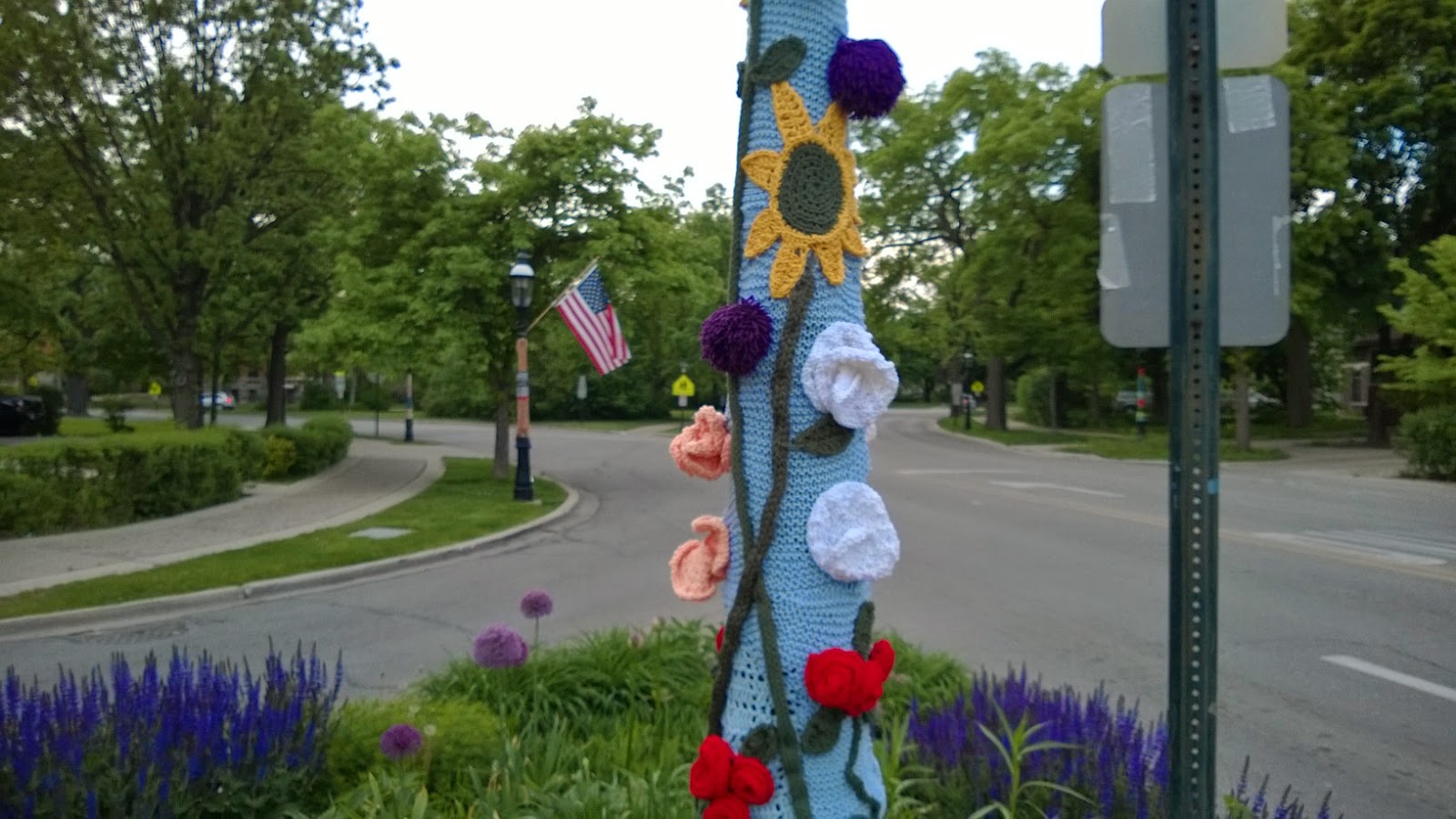 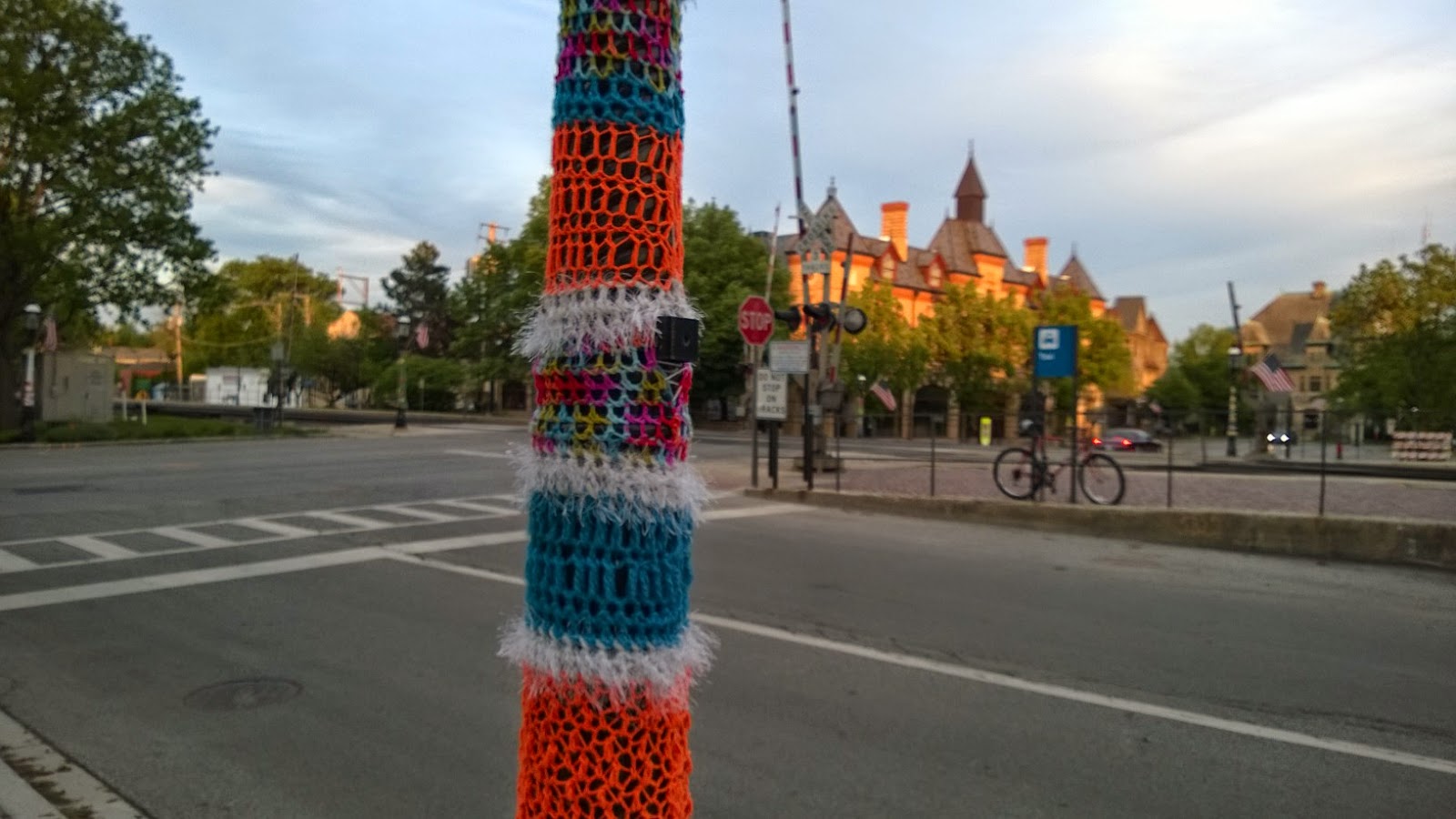 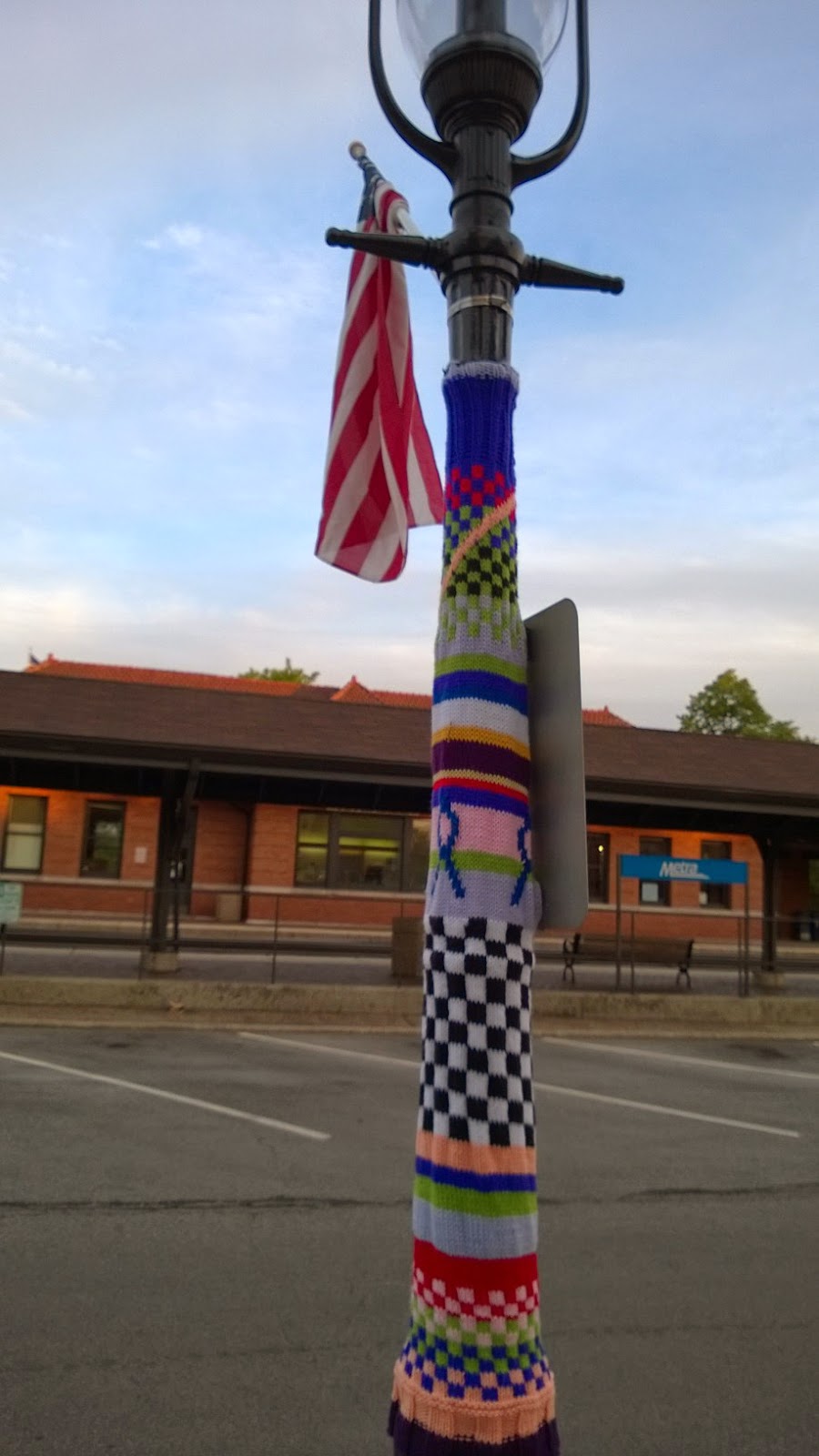 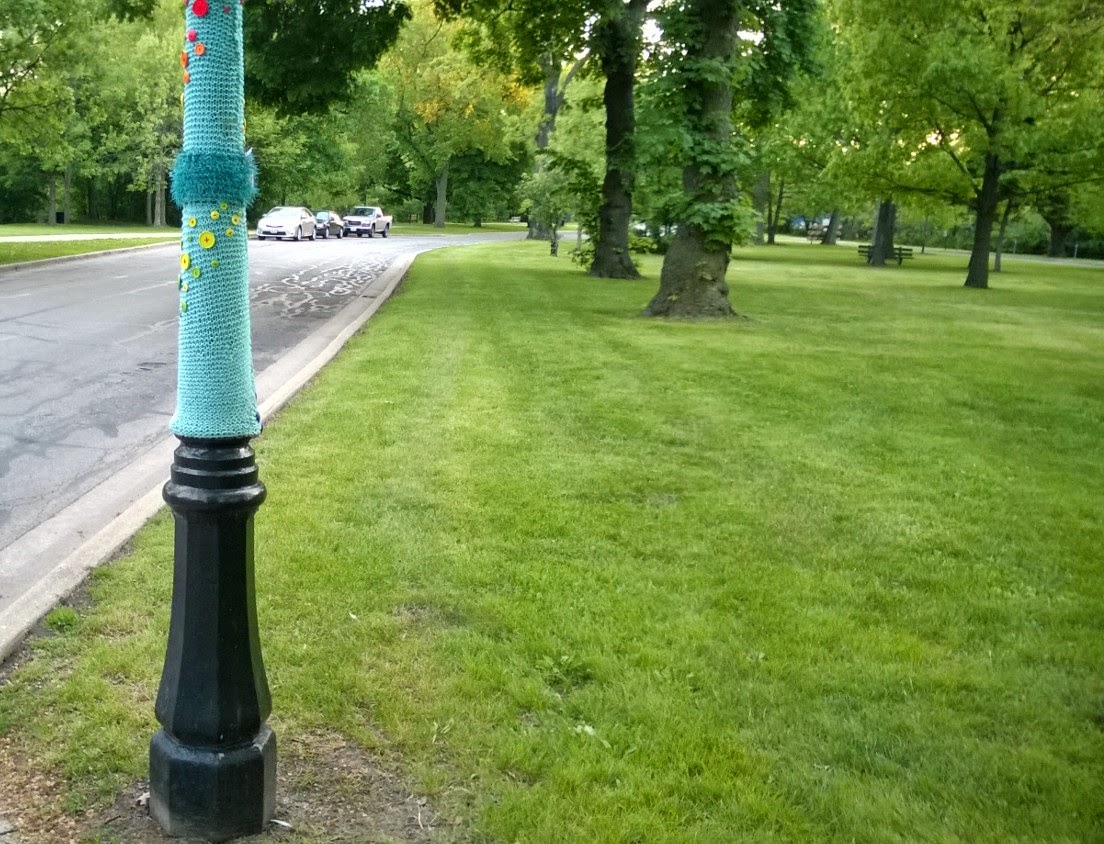 I also happened across this sheltered building by the train station. How awesome that they've repurposed it as a bicycle shelter (at least I assume that it is repurposed. I can't imagine that it was built for this function). 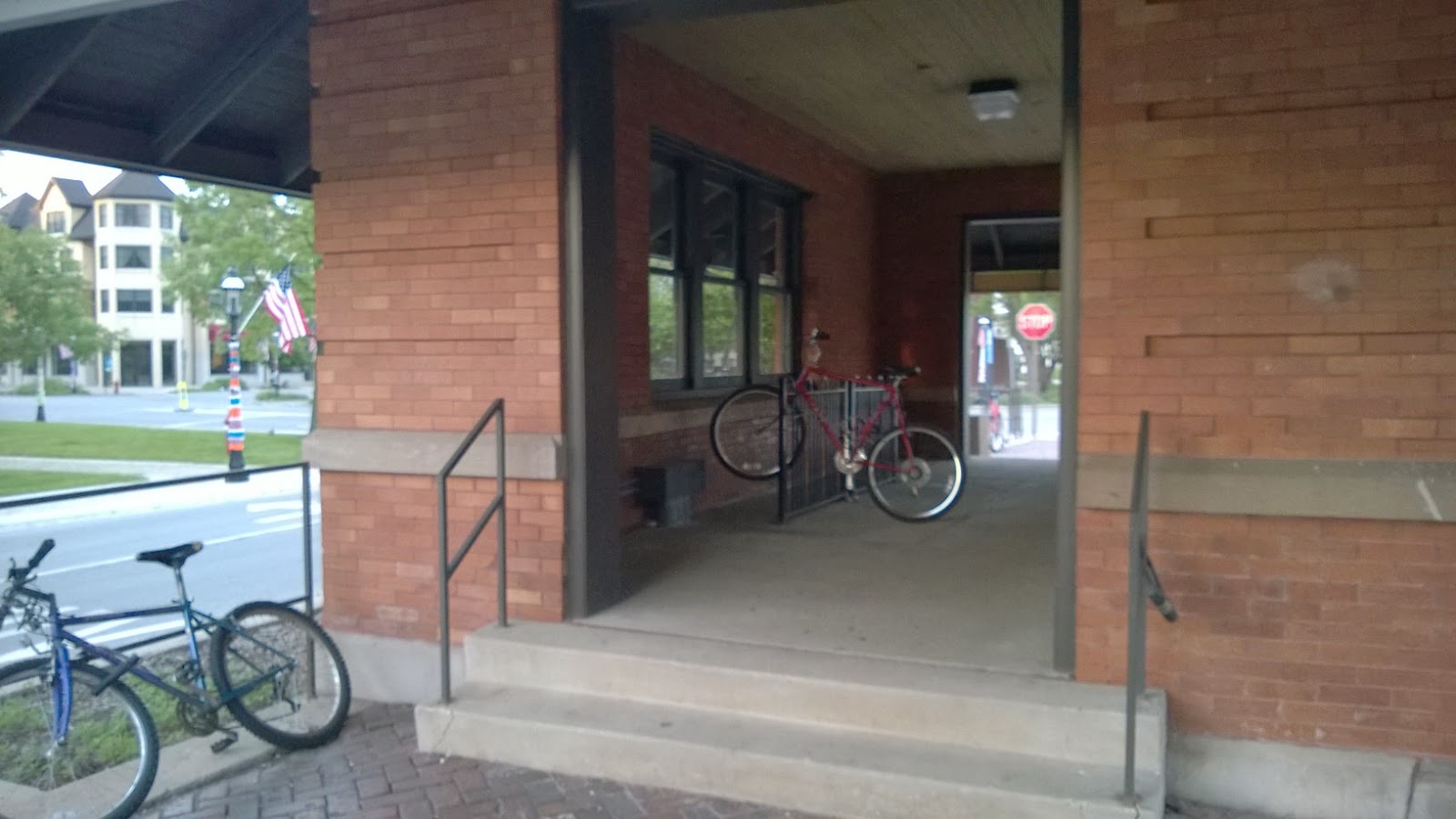 These are fun. I have seen it, on the Internet, done with trees.

Mary, I've seen photos online but never in person. I hadn't heard about the art fair, so stumbling upon these was a total (and fun) surprise. I'd love to see some of those trees, though.