Flowers (and Vegetables) are on the Way!

Back in January I posted about beginning a garden in winter (using milk jugs or other containers). At that point, I had met people who had used this method successfully and I'd read about it, but I had never tried it. With winter being so long and cold and dreary this year, we decided to make the attempt.

Unfortunately, the winter was so very cold that we were afraid to plant anything for fear that we'd just end up with a lot of frozen dirt (and dirt-filled containers we would need to clean and dispose of). But, eventually, the weather warmed up enough that we took a deep breath and waded in. Here's what things looked like a few days after we planted (in March). 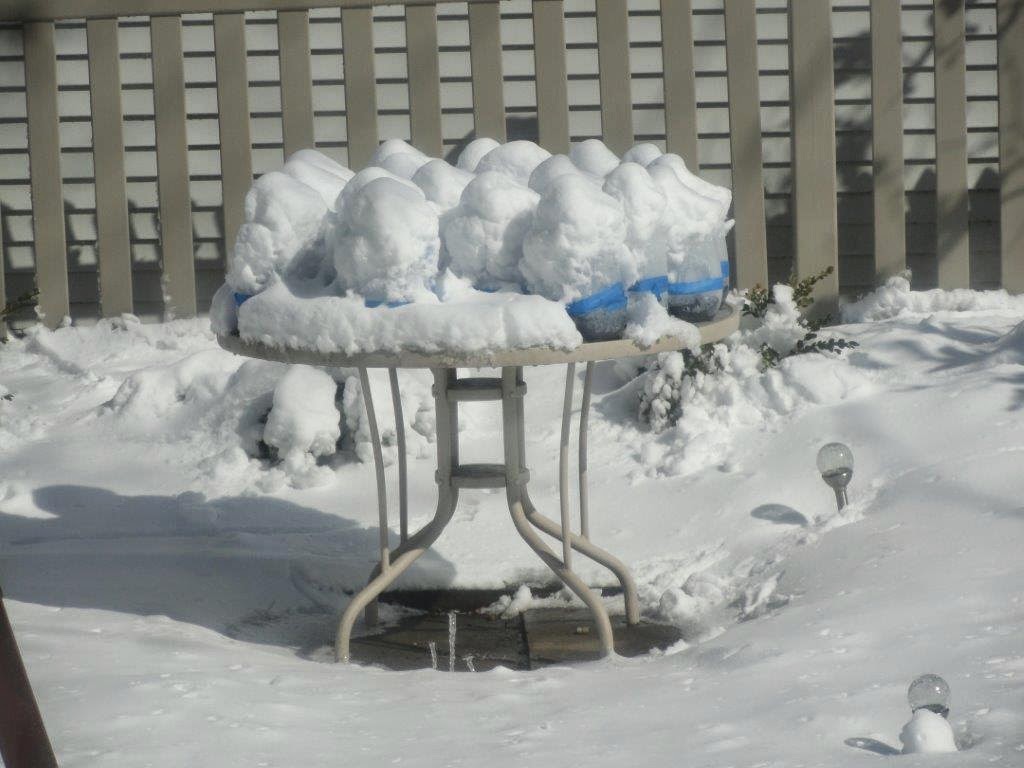 It's been slowly warming, but we still have some very cold days and even colder nights. Other than tulips and other bulbs pushing up, nothing is greening up, and other than a few snowdrops, nothing blooming yet. I didn't think that anything would be sprouting in our containers yet, but today I ventured over to take a look, anyway. I was amazed to see a few traces of green in many of the containers, and quite a lot in others. The pinks are the farthest along, although I'm not sure you can see it very well in this image (if you click on it and enlarge the image, they're visible). There are lots of little (as in very tiny) plants in the container below. That's pretty darn good for April 7th in northern Illinois. 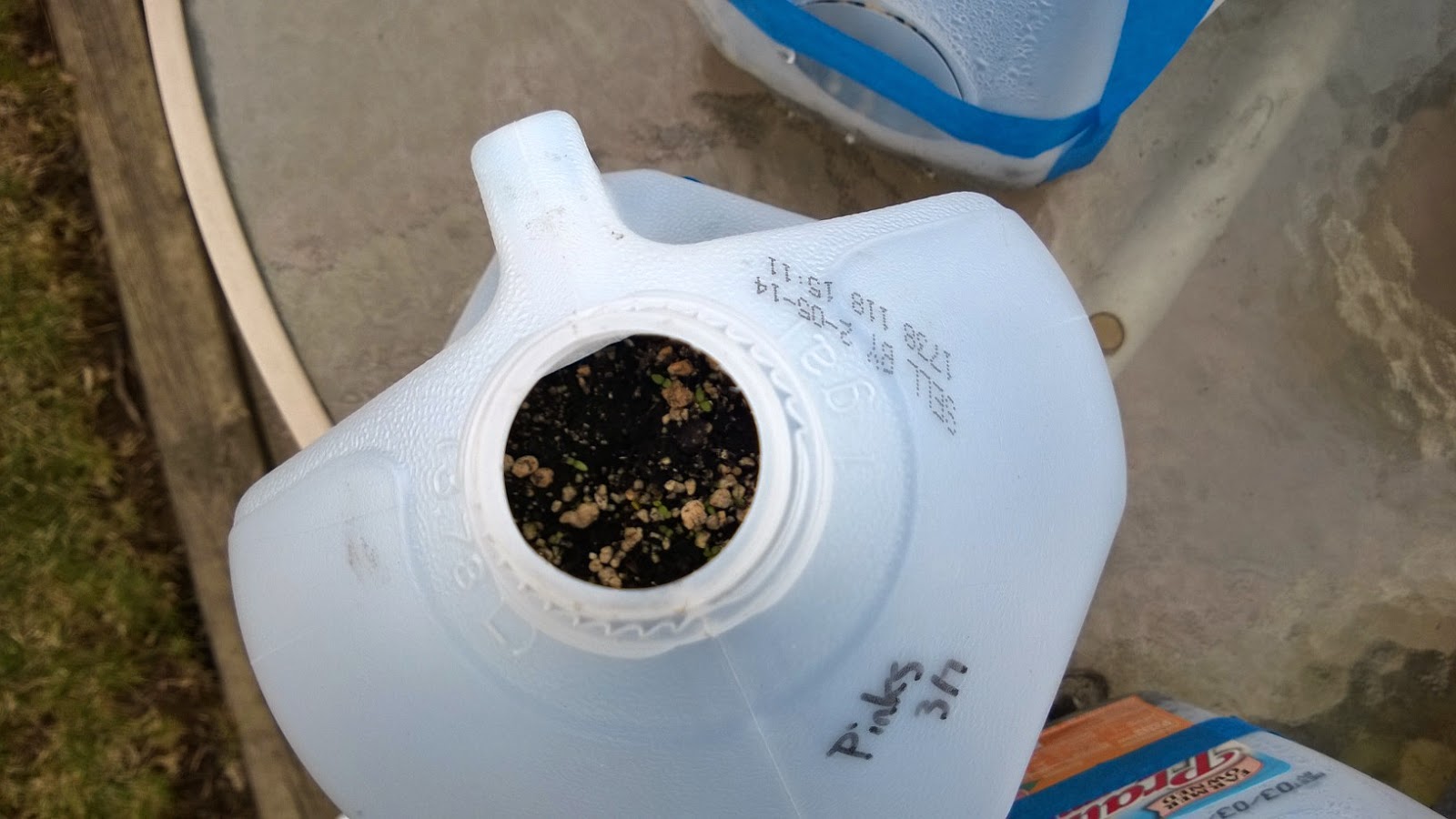 The next challenge will be to keep them alive. And then to transplant them and hope that I can protect them from the rabbits and squirrels (after years of growing marigolds, I can't do it anymore. Even with larger bedding plants, within a week or two of planting, either the rabbits or squirrels gobble them down, snipping them off at the ground or sometimes just below the blossoms every single time).

Still, I'm excited. I declare this experiment a success!

Well done!! I'm a hopeless gardener & we don't even get snow.

Mary, thank you! I'm not a particularly gifted gardener, either. My parents were farmers before they moved north from the state of Missouri, but the gardening gift seems to have skipped a generation, at least with me. My brother is better at it, but he's also willing to labor for hours in the garden. I prefer to sit inside and read or write (or maybe outside, but still reading, not gardening).