What My Writer Friends are Up To (Hint: They're Writing Wonderful Books): Part 1

Because I have so many author friends who write wonderful books, I wanted to let you know what they're up to, so here's the first of at least two (possibly more) posts that will appear here during the following week or two. Most of these authors have been published many times over, so their names (and books) may already be familiar to some of you. Some may not be (I always love finding an author I've never read before, one with a nice backlist I can work my way through). Either way, new (to you) author or old favorite, there are lots of great reads here.

The Games by Patricia McLinn is particularly timely. 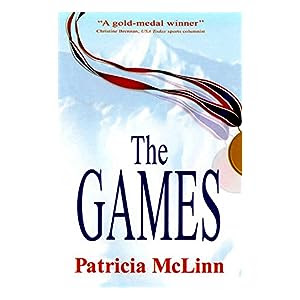 "Fast-paced, vivid and true-to-life  ...A gold-medal winner." - Christine Brennan, USA Today
Medals can be won, careers can be made, hearts can be lost ...
From the pomp of Opening Ceremonies to the good-byes of Closing Ceremonies, join three women whose lives are about to change during the Winter Olympics. Tessa Rutledge, once an Olympic champion figure skater, returns as a coach, encountering her first love - and heartbreak - and testing her ability to forgive. Skier Kyle Armstrong has made a mistake that could cost her Olympic gold and any hope of reconciling with the man she loves. Biathlete Rikki Lodge is just happy to be at the Games, until she meets a hockey player who demands she puts everything on the line.  ...  Let The Games begin!
"Your ticket behind the cameras and inside the hearts of the Winter Olympics." -Carla Neggers, New York Times bestselling author

"(Will) have you cheering, sighing, and all choked up" -Romance Designs
"Portrays the emotional roller coaster an athlete rides" -Michael Weiss, 3-time U.S. Men's Champion figure-skater
"A story you won't be able to put down, and one you'll not soon forget." -RomanceJunkies.com

Margaret Watson's wonderful novella, Love Me, part of her Donovan Family series, is on sale for 99¢ during the month of February. 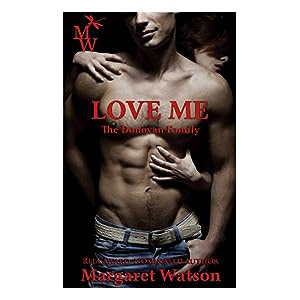 When Helen Brody needed her office repaired, she never expected that the contractor would be Jamie Evans, the man with whom she shared an unforgettable night a year earlier.  Jamie hasn't forgotten Helen, either, and now that he's found her, he's determined not to let her get away again.
Helen can't get involved with Jamie, because he wants something she can't give him, but she can't deny the explosive, out of control attraction between them.  As they try to work through their feelings, they find that the hit and run driver who destroyed Helen's office has more plans for her.  Will they have only a handful of nights together, or will they have the chance to build something lasting?

And how about Love, Texas by Ginger Chambers? No pun intended, but I love that title! 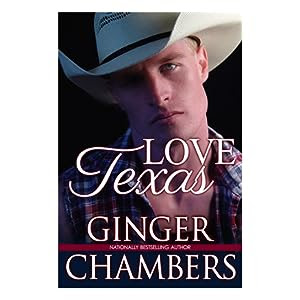 Cassie Edwards left small town Love, Texas as fast as she could after turning 18, vowing never to return. It wasn't easy growing up the daughter of the town kook! She turned her back on everyone and everything in Love, including her mother, to make a life for herself as a successful businesswoman in Houston. Until the day her job forces her back to negotiate the sale of a strip of land owned by the Taylors, a prominent ranch and town family. The deal should be quick and easy because the ranch was in dire need of money. But was anything ever easy where Love, Texas was concerned?

For another awesome title, check out Blythe Gifford's The Witch Finder, a historical romance. 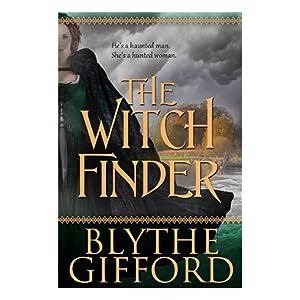 He's a haunted man.
Alexander Kincaid watched his mother die, the victim, they said, of a witch's curse. So he has dedicated his life to battling evil. But in this small, Scottish village, he confronts a woman who challenges everything he believes. She may be more dangerous than a witch, because she's a woman who threatens his heart.
She's a hunted woman.
They called her mother a witch, but she was only a woman made mad by witch hunters like Alexander Kincaid. Having escaped to the Border hills, Margret Reid is seeking a safe haven and a place to hide. But when the witch hunter arrives, not only is her heart in danger. 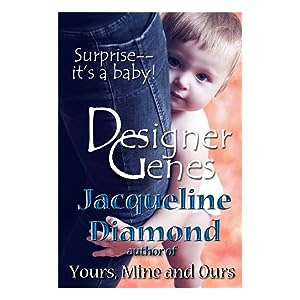 There was an embarrassing mix-up at the sperm bank. Now L.A. sophisticate Buffy Arden arrives in Nowhere Junction, Texas, to introduce her cute baby daughter to the infant’s unprepared father, auto mechanic Carter Murchison. Carter has only a vague memory of his experiences while attending a conference in the City of Angels. Thanks to the effects of spiked punch, he thought he was making a donation to benefit his local school board. A very strange donation…

Don't forget that if you click through to the shops, you can usually read excerpts of the books. I love that feature!

On another note, if you happen to be on Facebook, RMS Writers (Romance, Mystery and Suspense) is having a week of giveaways for Valentine's Day, with books being given away each day and a drawing for a $15 Amazon gift card at the end.

That's all for today. Enjoy!

This is great, Myrna! Thanks for sharing.

Debra, I love doing this. I don't get a chance to discuss books much (we all have different tastes in my family), so it's great to be able to give a shout out about a few now and then.

Your generous heart is much in evidence, Myrna.
Sending a hug, LT

Laura, thank you! I truly love being able to showcase all these books. It's like a feast.