If you live in the northern part of the U.S. (and some of the southern parts) or in Canada, and probably lots of other places, too, it's really cold this winter, with lots of snow. Having grown up in northern Illinois, I love the change of seasons, and I should be used to lower temperatures, but for the past few years, we've had relatively mild winters. Being reintroduced to extreme cold and snow at the same time is taking some getting used to (my condolences to those of you who are experiencing the opposite type of weather. Heat can be as bad or worse).

At any rate, despite the cold, we went out today to get some photos (I have to credit my husband with these. At -12°F/-24°C, I was chicken and stayed in the car)! The snow cake is from my back yard table, but the others are from Graue Mill, a nearby waterwheel gristmill that was once a station on the "Underground Railroad" during the time of slavery, one that still operates as a historical link to the past (they give tours and also mill and sell stone-ground cornmeal and flour in small amounts). I think I may have mentioned the mill here before. It's closed for the winter, but there's a dam and a forest preserve right next to it. The dam was half-frozen today, and there was vapor coming off the water. I can't wait for that balmy 36°F/2°C weather they're predicting for the weekend. Should be nice (almost tropical)! 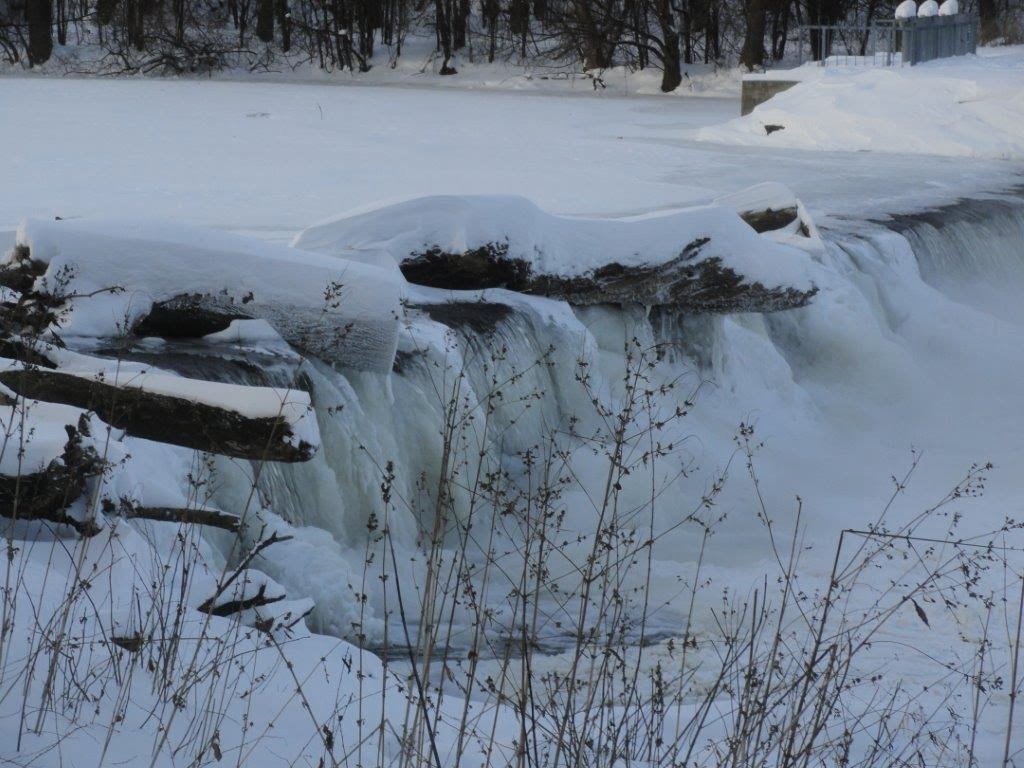 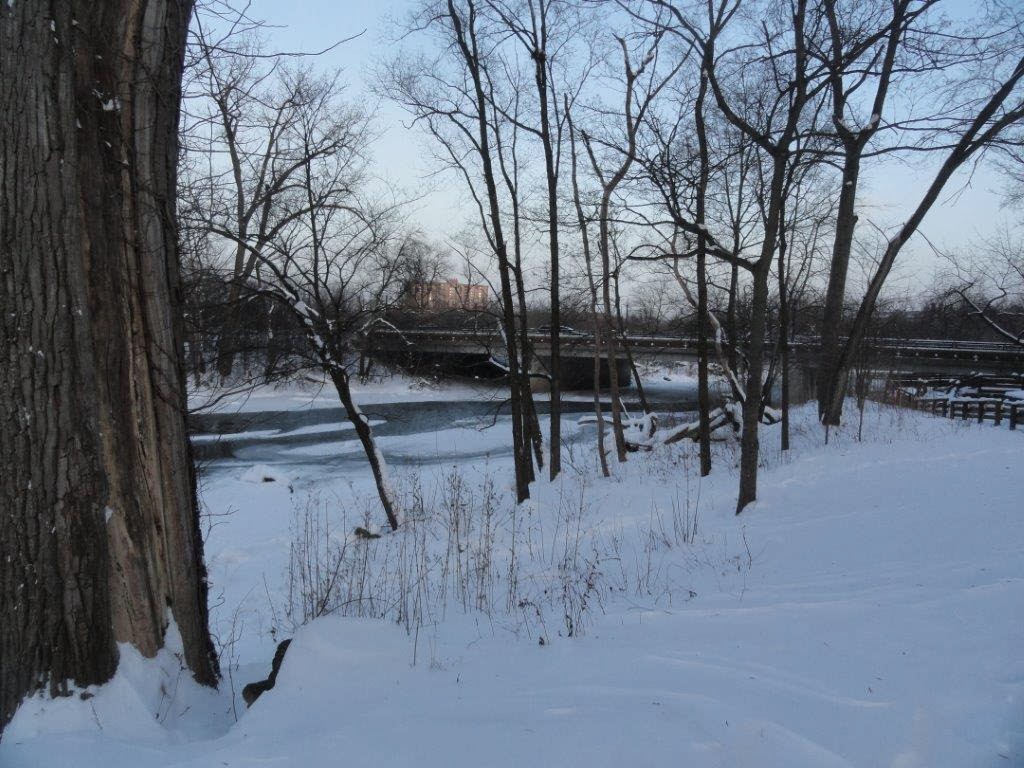 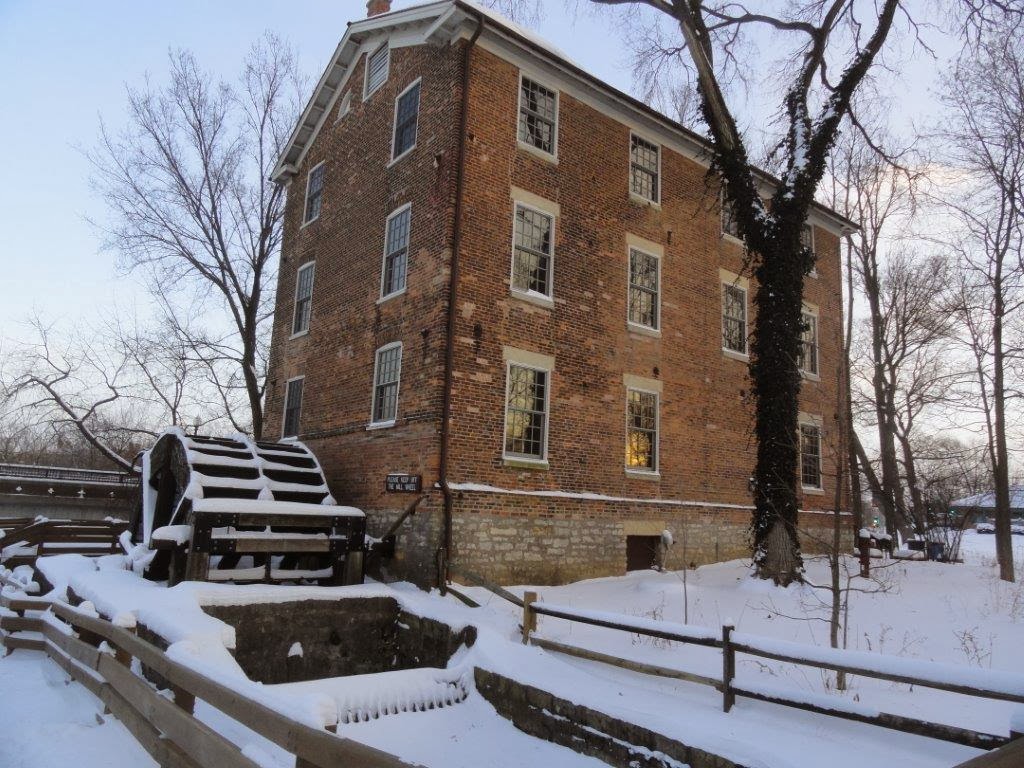 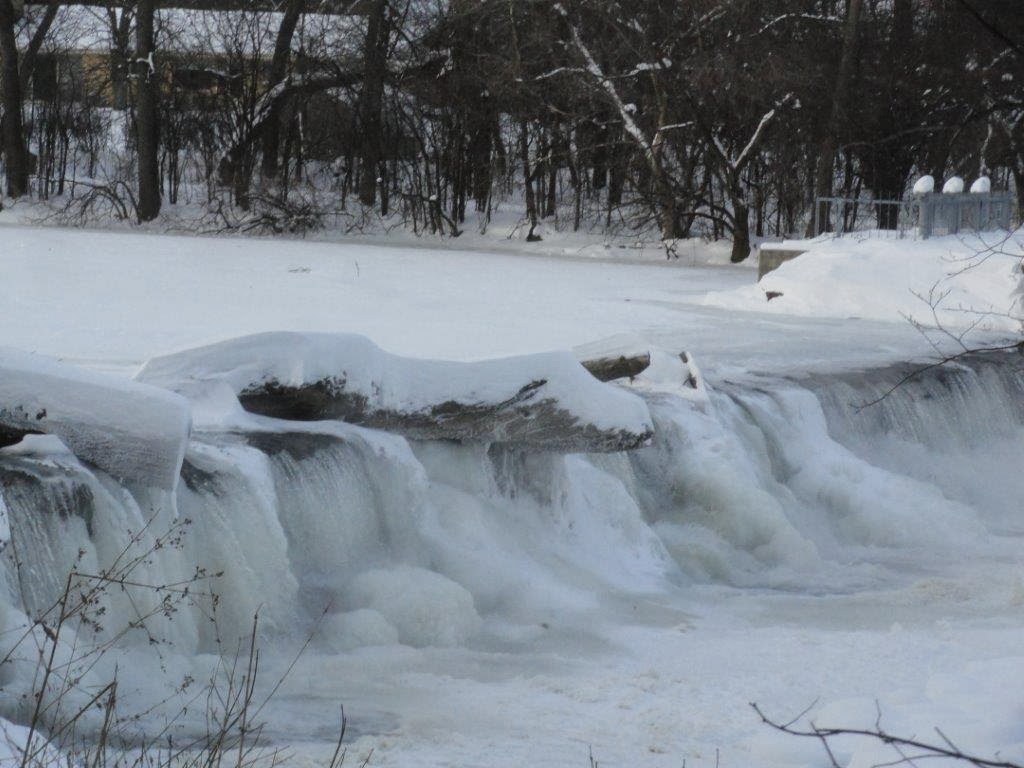 It looks beautiful, but COLD. I'm no good with the cold, but I dislike the heat more. We are having record highs in out temps this year. Crazy!!

Mary, when the snow first began last week, it was pretty and not too cold. But once that cold hit, oh my, it was bitter stuff! I've heard about your heat wave, too (someone posted an image of candles that were drooping in their holders, due to the heat). I'm not sure which is worse, extreme heat or cold, but either one is unpleasant. I'm all for temperate weather.