Is Winter on the Way?

We were at a local county nature center last week, one where they rescue injured animals and nurse some back to health, housing the ones that are too damaged to ever return to the wild. On one of the paths we came across this woolly bear with his pretty stripes. If you believe in the stories (a lot like the groundhog seeing its shadow), the size of the stripes can predict whether the winter will be mild or not. More brown supposedly means a milder winter. I don't know about that. I think this little guy was just trying to traverse the path and wished everyone would stop staring at him trying to analyze his stripes. 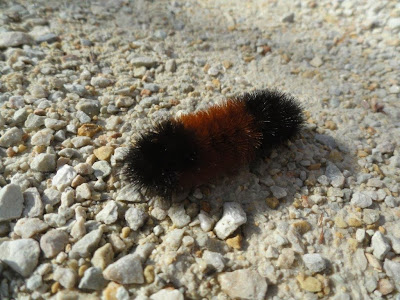 Then this last weekend, I was in Wisconsin where this group of ducks appeared to be glad that not all of the piers had been removed yet. The water was choppy with a steady south to north wind and no relief from the resulting waves. I love the way they're all facing the same direction. 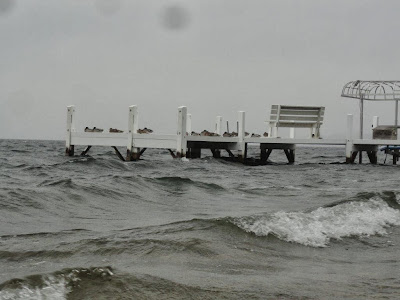 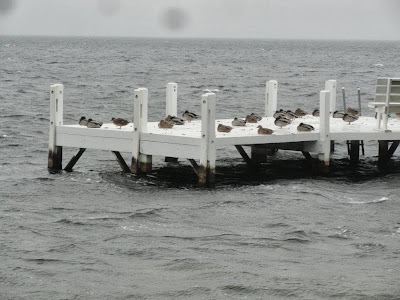