History Books That are Difficult to Put Down

In another life (okay, not that long ago, but pretty far back), I thought I was going to write historical romance. That's because I'm rather fascinated with certain periods and events in American history, most notably what happened when Americans began to trek westward across the continent.

Despite all my research, it's still difficult for me to imagine what that must have been like for a woman. In a world where the woman had no choice but to follow her husband, what would it have felt like to leave family and friends behind, knowing you might never meet again and not really knowing what types of hardships you were headed for? It was a major life change and sometimes a very unhappy one (but not always).

With that in mind, I'm recommending two books I've found fascinating. One is a book I read a long time ago, but which was published digitally in 2011. Women's Diaries of the Westward Journey by Lillian Schlissel tells the story of women in the wagon trains headed for Oregon and California in the mid-1800's, much of it, as the title indicates, via the diaries of the women themselves. Fascinating stuff. 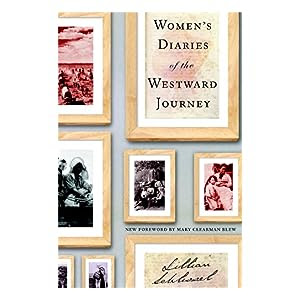 The other, The Children's Blizzard by David Laskin, is a bit more morbid topic-wise, but the book is also fascinating. It tells the tale of a blizzard that hit the Plains states in 1888, coming out of nowhere, resulting in white out conditions and an extreme temperature drop on what had been such a mild day that children had gone to school without coats. It is the story of specific families, why they left the old country to come here, what happened on that day and why (including discussions of meteorology at that time). It was recommended to me by a fellow writer and I've just started reading it, but it's incredibly interesting. 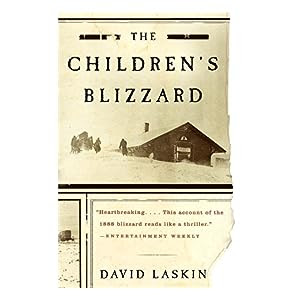 If you try them, let me know what you think. And if this topic doesn't interest you, stop by and talk about the types of non-fiction you like to read. I'm interested.
Posted by Myrna Mackenzie at 1:00:00 AM