I've mostly avoided posting Halloween items this year, figuring that I would just post one on the day itself because not everyone celebrates Halloween, do they? And I specifically questioned posting the following video, because it deals with baseball (not nearly as popular everywhere else as it is in the states) and I'm not a super fan myself. Baseball is a bit too slow for me. 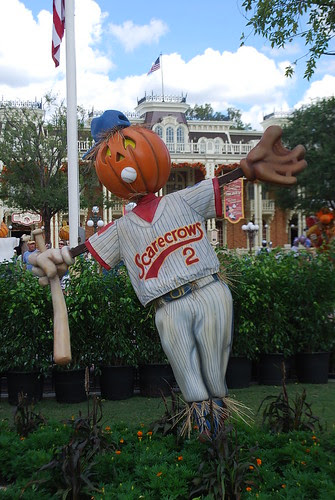 But this video of a San Diego State University game was cute. It starts off rather slowly, but at around the 1:45 mark (or so), things picked up in a way that made me chuckle, and it became clear that, besides the costumes, this really wasn't a serious game at all. I'm not sure anyone even cared who won.