On Sunday, we took a trip to the Oak Park (Illinois) Conservatory, because the century plant is almost ready to bloom. Century plants live 10 to 30 years before flowering, and after flowering they die, so it's a very big deal when one blooms. In this case, we were too soon. It hasn't flowered yet (we'll be back), but it was still a spectacular site. It's so tall now that the conservatory had to remove a couple of the glass panels on the greenhouse to accommodate it. They'll put them back once it has completed its cycle.

Here are just a few of the flowers on display: 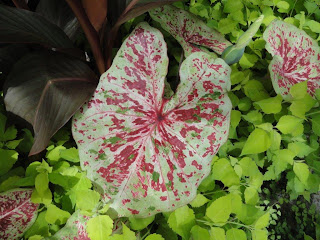 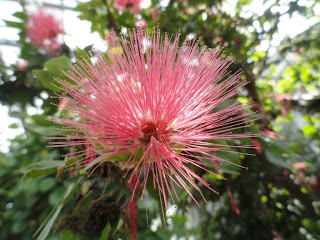 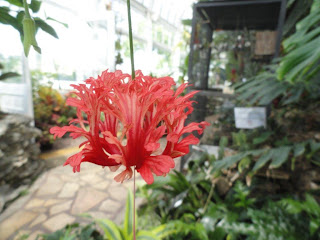 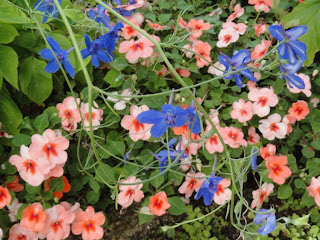 And here's the century plant: 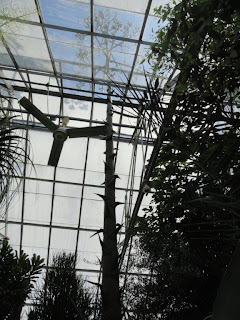 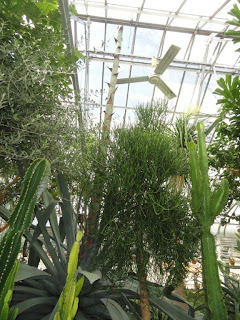 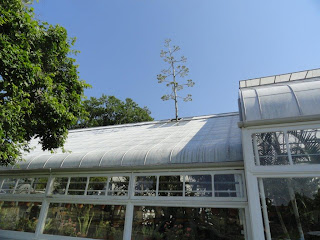 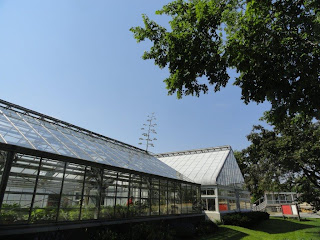 Afterwards, we strolled the grounds of the Cheney Mansion, then went to a concert in one of the parks there. Oak Park is a fantastic town, rich in history. There are many beautiful old buildings there. It's also the birthplace of Ernest Hemingway and was once home to Frank Lloyd Wright (25 buildings designed by him are here). A fun day all around...but I'm sorry that the century plant isn't blooming yet. That would have been a rare treat.
Posted by Myrna Mackenzie at 10:13:00 AM