Back to Mackinac Island...

The other day I mentioned that I had visited Mackinac Island, so here's a bit about the island (for those who have never been there). It's in Michigan (kind of between the main part of Michigan and the Upper Peninsula part of Michigan). 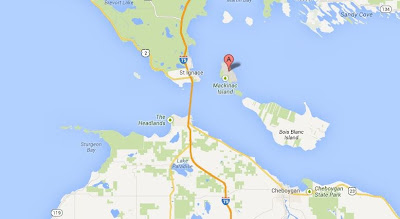 Cars have been banned from the island since 1898, so you leave your car either at Mackinaw City on the mainland or St. Ignace on the Upper Peninsula and take a ferry to the island (about a 16 minute trip). Everyone on the island gets around via bicycles, horses, horse and carriage or on foot, so there's a sense of being in another time period. Things move at a slower pace.

This was the first time I've ever stayed on the island overnight, so I was there in the morning before the day trippers arrived and got to see the stores being stocked by flatbed wagons carrying supplies. 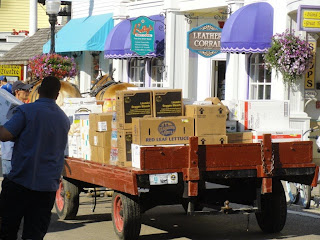 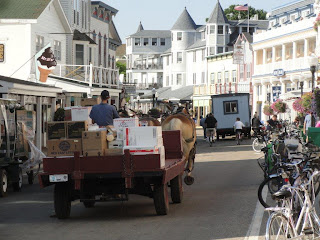 There are plenty of places to rent bicycles, and since the road is mostly flat, cycling is easy. The road that circles the island is only 8 miles long, so it's easy to get around either on the outer rim or to visit parts of the interior. Bicycles are everywhere, as you might guess. 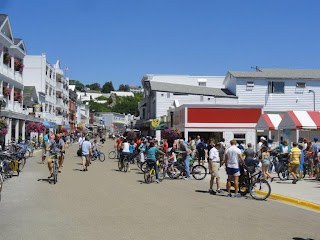 And at the slower pace of a walk or a bicycle ride (or a carriage ride), one can easily get a feel for this lovely island.

The view as you near the island 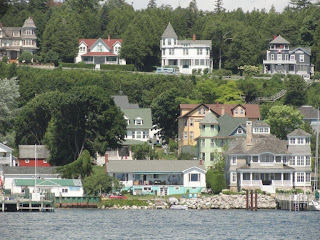 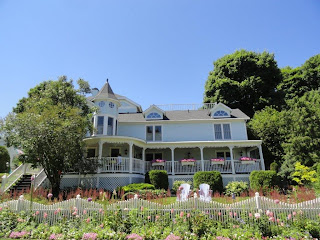 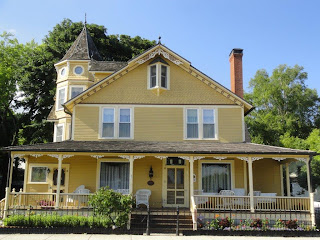 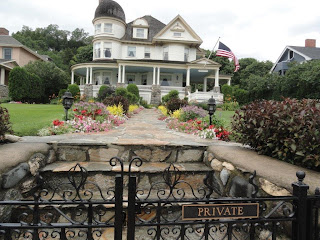 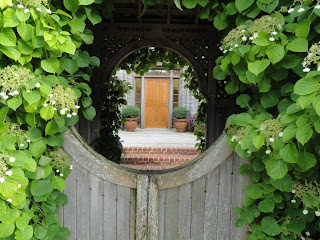 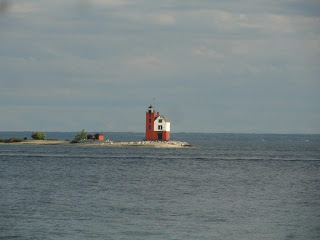 The library (which has a deck with chairs facing the lake, pretty much right on the lake. Restful...) 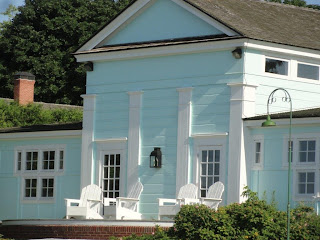 The arch on the island (you can view it from the road below as well, looking up in the opposite direction) 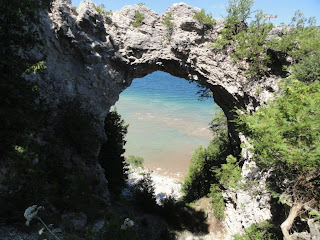 There are horses everywhere (more than 600 during the summer) 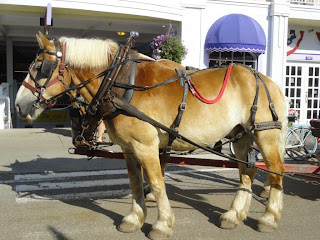 And while the main street area where the 3 ferry companies drop visitors off is bustling and a bit touristy (at least 5 fudge shops), there are plenty of places to get away from the crowds. Indeed, parts of Mackinac Island were designated a national park, the second only after Yellowstone before it was turned over to the state of Michigan twenty years later, so there are lots of natural areas with beautiful blue water (those little yellow things in the picture below are kayaks. This was taken from an overlook). 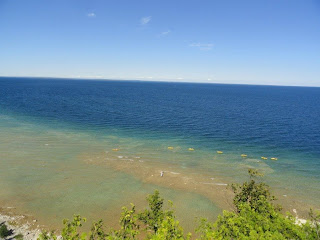 It was a very relaxing couple of days. A bit like living in a different world where there was no need to rush. Another day I may post something about The Grand Hotel, which is a story in itself (and no, I did not stay there), but for now, here's a video (not mine) on Mackinac.


And someday I want to go back during a winter when the lake freezes. The land between the mainland and the island is called "the ice bridge," and a path of leftover Christmas trees shows the way as snowmobiles cross. (Although there are thousands on the island during the summer, including the many seasonal employees, the year-round population is only around 500-600).

This is a clip from the video Ice Bridge: Mackinac Island's Hidden Season. Someday...