I think by now I've made it clear that I love book lists. Right now I have on my desk several folders consisting of old copies of QBP monthly fliers (from the time when I still received the physical flyer, not just the online links), a bunch of pages pulled from old Romantic Times magazines, lists from libraries, from various other magazines, and from the Internet. There are also some handwritten lists and scribbled notes cobbled together from all those times when someone mentioned a good book to me. 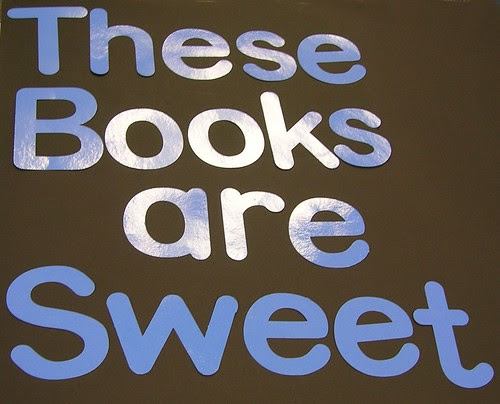 Source
Mind you, there is no way in the world I could ever find the time to read all the books in those lists unless I lived to be 3,000 years old (or thereabouts), but that doesn't stop me from making and collecting new lists. It's a sickness, I know, but a good one (IMO), because now and then I pull out one of those lists, read one of the books and find a gem.

So...even though I'm a bit late (we're already past the middle of January), here are some "best of" lists I found for 2012 (there will be some overlap, I'm sure). I hope you find at least one good book you'd like to read.

You may have already seen this. It's the winners of the Goodreads Choice Awards 2012

Barnes and Noble Best Books of 2012

From The Guardian: Your Books of the Year 2012

Also from The Guardian - If you haven't seen this page of The Guardian, it's a wonderful list of lists (465 as of today) going back years, not just 2012. The lists are made by authors who choose their favorite books on a specific topic (recent ones include adventure stories, books of the forest, books with maps, time-travel books, seventeenth century food books, fairy fictions and so many more).
The Guardian's Top 10s

USA Today's Best-selling Books of 2012, from the top down

I could go on. This didn't even scratch the surface (I left out The New York Times, Publisher's Weekly, The New Yorker, The Washington Post, The Atlantic, Slate, Esquire, Huffington Post, Salon, Seattle Times, The Wall Street Journal, SF Gate, Time, Salon, Pop Matters, and Newsday, just to name...a bit more than a few). Book lists are everywhere, but I hope that the ones above are a good start.

Note: lists are subjective, of course, other than the ones based on sales, but I have no problem with personal "best of:" lists. I don't mind at all when someone says, "These are the books I liked. You may or may not like them." Because yes, there is a book and a book list for every taste and every genre.