Watching a Movie Before You Read the Book

I've just finished watching The French Lieutenant's Woman for the first time since I saw it when it came out (in 1981, I think). And it occurred to me that I had never read the book and that I'd very much like to read it.

I'm a little concerned that I may not enjoy it as much as the movie, human nature being what it is (we like best what we experience first). I see this all the time in music. People who are around for the original version of a song tend to like that version better than remakes whereas younger generations often like the newer version better, but that may just be because music is such a backdrop for our teenage years and calls up such instantaneous emotions. So, I'm not so sure that "whatever comes first is the favorite" is as true when one is comparing movies to books. 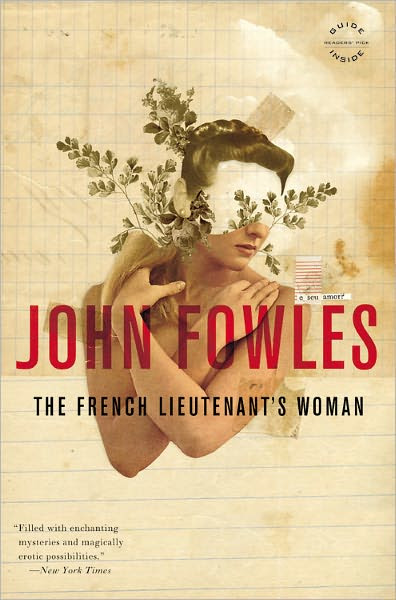 Still, this fear that watching a movie may spoil the book for me is why I often put off watching a movie until I've finished the book. Sadly, it often means that I don't get around to seeing the movie until much later, sometimes years later (I've yet to see The Help and The Hunger Games, although I've read both books and want to see the movies). So what's your feeling? Read the book first or watch the movie first (and how has that affected your feelings about whatever comes second)?
Posted by Myrna Mackenzie at 1:00:00 AM

I do both. Watch the movie first or read the book first. Either way I have expectations. They never sync. It's just not possible.

N/A. Don't watch many movies and rarely read books that become movies. The only one I can think of is Jane Porter's FLIRTING WITH FORTY that I read (and enjoyed), but I didn't see the movie.

Done both but sometimes I don't see the movie on purpose.

I've seen every Harry Potter movie but only read the first book. I'm not so upset if there's something different in a book that wasn't in a movie but not vice versa.

I'm finding this all fascinating. A few weeks ago I watched the Lawrence Olivier version of Pride and Prejudice. I'd seen it before and it's not my favorite version, but I still enjoyed it. Just out of curiosity I went onto Amazon and looked at the reviews of the movie. Many people were livid that it wasn't faithful to the book. That didn't bother me at all. I'm sure there are books where it would bother me, but there are so many versions of Pride and Prejudice that by now I find the differences intriguing.

Kim, that's interesting about Harry Potter. When the first book was released I tried to read it and just couldn't get into it at all. Then I proceeded to watch every movie. About two months ago, I decided to try to read the books again. This time through I enjoyed every one of them. I think watching the movie and getting to know the characters through the eyes of Daniel Radcliffe and the rest of the cast is what made the difference. This time when I was reading about Harry, I was envisioning Daniel Radcliffe.

Mary, I think you're right (about them not syncing), but I'm not sure that bothers me. At least not most of the time.

Elaine, now I'm going to have to read Jane Porter's book. I admire her as a writer, but I haven't read that one.

Julie, same here. But now I'm starting to let too much time pass between the book and the movie. I'm not sure if that's a good or a bad thing.