On Books and Writing and "Just for Fun" Posts

When I first started this blog back in February of 2011, it was supposed to be a mix of interesting tidbits from the internet (which I hope it is) as well as info on writing. I've had (and am having) fun with the internet tidbits, but...as one of our regulars asked me about early on...all the hunting for fun internet things does cut into the writing. I used to be better about setting time aside for both, but lately the blog has taken up more time than writing has.

And...(have to be honest here), since writing is my bread and butter and my passion, I really do need to focus a bit more on the writing part. So...I'm going to make an attempt to talk books more than I have been. I'll still post internet goodies every day (I love that part!), but there may be more of the books/writing stuff thrown in, including info about my own writing and books. I hope you won't mind. 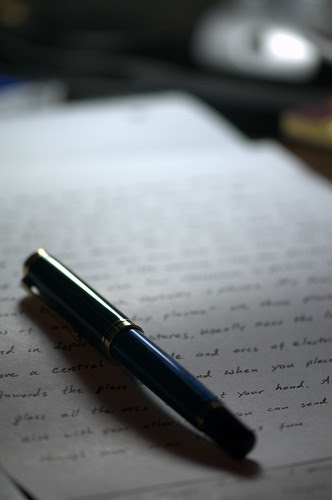 I want to get back to posting more writing tips (it's been awhile since one has gone up), but today (and most of this weekend), I'll be pressed for time, so I'll leave that until next week and just mention one thing about my own writing. I have the rights back to one of my early books, one that won an award and that was a personal favorite. It was originally published as The Daddy List, but I've never been fond of that title, so when I finally get it ready to go live, I'll probably rename it (with a mention of what it used to be called, so that no one gets cheated by buying it twice). I started editing it, thinking that I would just check for minor mistakes and update any technology so that the book wouldn't appear dated, but right away I was struck by how much my style has changed over the years. So I'm cleaning it up, shortening sentences and fixing some point of view and scene change issues that worked well for the time but don't sit well with me now. Hopefully, I'll have a new cover and be able to send it out to play soon.

Also, I want to talk about some of what I've been reading lately (an awesome nonfiction book, for one) and see what everyone else is reading, if anyone is willing to share.

For those of you not all that interested in books and writing, let me reiterate that I'll still be posting lots of "just for fun" posts. I'm hoping to make the blog bigger and better, not diminish it (while still having time to write. Whew)! This is a pick and choose blog. Choose what you like and ignore the rest.

Now, enough of my talking (I seldom write such long posts). Enjoy the day!
Posted by Myrna Mackenzie at 12:30:00 AM

Best of luck, Myrna. I can totally relate, as blogging takes up a great deal of my time too, much as I love it.
I'll still watch for you on the blogs, never fear.
Thanks again for providing all of us with the books you write in your "spare time", LOL! I enjoy them tremendously (as I do your blogs - but your books give me sweet dreams!).

Elaine, thank you! I love visiting with you here and really appreciate all your kind words, your thoughts (and your jokes, of course)!