Writing Exercise for a Character-Driven Book

I was going to begin this post by stating that romances are character-driven, but...I do know very successful romance authors who write plot-driven books, so let me change that to most romance novels (and all of my novels) are character-driven. What this means is that the characters (their personalities, their needs, their wants, their problems) are what moves the story along. That means that those characters  have to be well-defined. The author has to know them inside and out, including lots of things that will never make it into the book but which the author will use (at least subconsciously) to determine what that character's thoughts, actions and reactions will be regarding any given situation. So, if you're stuck coming up with an idea, try fleshing out a character and see where that gets you. 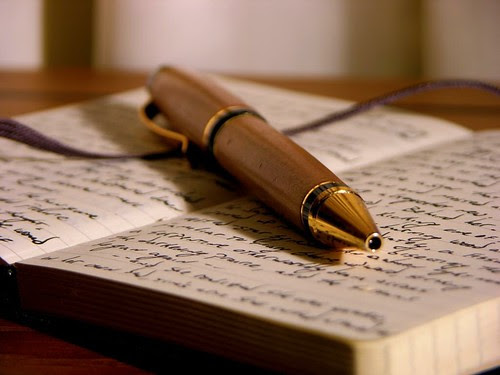 1. There are lots of routes you can take, but for the purpose of this exercise, begin with a name. Choose a character name that resonates with you, one you can imagine yourself writing over and over for several hundred pages.

2. Now that you have the name, what character traits does that name signify to you? (And yes, we're stereotyping here, but that's all right. This is just a way to get the juices flowing). Try to think of at least five positive traits and five negative traits (not too horribly or disgustingly negative if this is a hero or heroine).

3. Give that person a childhood, a background (any time leading up to the present). In other words, where did those good and bad traits come from? How has that background colored this character's move into adulthood?

4. What is that character's greatest joy?

5. What is that character's greatest fear?

6. What is that character's biggest goal in life? You can name some lesser goals, too, if you like. All of it helps to solidify the character in your mind, and a character who is firmly placed in the writer's mind will be more likely to be three-dimensional and come alive on the page for readers.

7. Now let's delve into personal possessions. What is your character's most prized possession? Least prized. What does he or she carry around with him (or her) on a daily basis in a purse or wallet or briefcase? If he or she had to move with only one suitcase, what would that character take along?

8. What are the character's quirks or habits?

9. How does the character dress most of the time? Why?

11. Now let's take things a step further. Looking back at your character's traits in number 2 above, what could your character do that would demonstrate those traits. In other words, how will the reader know that your character is...let's say willful...without simply telling the reader? How can you show these things? (All of these won't appear in the book, of course, but much of this background is for you).

12. You can take this as far as you like. Does your character have internal or external scars? What's his or her favorite place in the world? What does he or she do for a living? Is that what the character wants to do or what he or she has to do to stay alive? Does the character have (or want to have) pets? Children? Close friends? Siblings? I'm sure you can think of other ideas. You can, as I said, keep this going for awhile, but not for too long. Hopefully, you'll soon have a character you're dying to write about. And then the fun begins. The next step is creating that character's opposite, a person whose goals/fears/desires are in direct conflict with the first character's goals. Eventually, you'll want to throw them together in an impossible situation (of course).

Have fun with this! Even if you never write this character's story, it's good to get into the habit of questioning every character's motives to see if they're behaving logically (and if they're not, why not).

Email ThisBlogThis!Share to TwitterShare to FacebookShare to Pinterest
Labels: writing