Make Your Own Jackson Pollock

You may well have seen this Jackson Pollock site. It's been around for awhile and won a Webby in 2009. But it was new to me when I first saw it on The Presurfer, so I'm passing it along just in case there are more novices like me out there. One note: on the site, there's an old version (the one I used to make the image below) and also a  new version. The site says that the new version has issues with Internet Explorer, but I couldn't get it to work with Chrome, either. Just so you know. 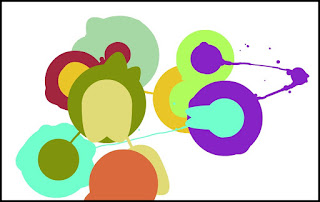