Travel to the Dorset Coast and Lyme Regis

There are lots of things I don't like about the Internet (you know what I mean. Dangerous stuff. People trying to spam you or steal your identity or people who write really awful things in the comments section of online newspaper articles. People tend to go a little crazy at times just because the Internet allows them to be anonymous).

But...I also love lots of things on the Internet. I get to meet people from all over the world. I have access to so much information and so much...oh, just fun stuff.

If I want to travel, I can look at the place first to see if I really want to go there. I can even look at the inside of the hotel. And here on this blog, I can share that fun stuff and also take you on tours of some awesome places.

One of my favorite places ever is Lyme Regis on the Dorset Coast of England. There are other wonderful places there, too, that I haven't visited yet (but I've seen them online and I want to go). But Lyme Regis was a place we simply stumbled upon once and then we went back later. It's this wonderfully picturesque little town, known for its fossils, its cliffs, beaches and pretty buildings. It's also a place that Jane Austen wrote about in her book, Persuasion. John Fowles lived in Lyme Regis for 35 years and based his novel The French Lieutenant's Woman  there. When the movie was filmed, the town had to be made to look like a town of 1867, and the opening scene where Meryl Streep walks out onto the Cobb (a harbor wall that snakes into the ocean), has been stamped into the memories of tourists for years.

I wanted to find an all-inclusive  good video of the place, but many of them were either very long, had music that didn't quite fit the mood or were blurry. So, here is, first of all, a map showing Dorset and Lyme Regis: 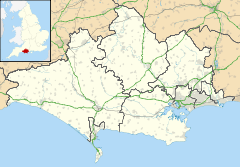 Followed by some pictures (taken from the Lyme Regis official site www.lymeregis.org:
One of the few videos I found that wasn't overly long (you can click off the advertising at the bottom):


A good view of the Cobb in my favorite form (time lapse). You can see the tiny people walking out onto the Cobb:


And here's the trailer from The French Lieutenant's Woman (which I saw so long ago that I don't remember anything about it other than that awesome beginning scene on The Cobb):

I'm not sure I'll ever get back there again, so it's nice to be able to "visit" online. If you'd like to see more of the area, you can go to their website, click on their virtual tours and be treated to panoramic views of the Cobb, the gardens, the town and the beach (use the controls beneath the picture to stop the auto-turning or go full screen). Click here to enjoy your virtual tour of Lyme Regis! (It takes a few seconds to load).

Best Wishes and happy traveling!
Posted by Myrna Mackenzie at 1:00:00 AM

I agree that the Internet can be a dark place if not traveled carefully. I on the other hand use it to explore from the safety & comfort of home. I dream, I plan. It's brilliant!!

What a charming little village! There are so many quaint and interesting places in the world that I would never get to see except for the internet. Thanks for being a nice web user : )

Thank you for the tour. It was a wonderful mental health break on a very busy day.

Those are wonderful pics... I do not travel much so I enjoy looking at the beautiful pics of locations online... a little travel through the screen of a computer! :)

I had so much fun putting this together. I'm glad that all of you enjoyed it! Isn't the Internet amazing?